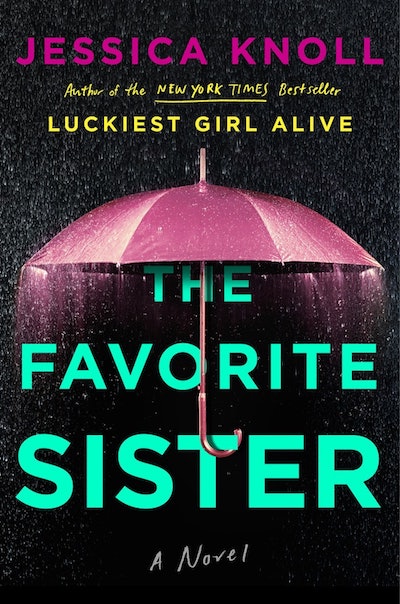 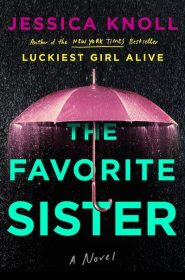 This was a delightful surprise since I loathed Knoll’s first book with a frothy passion. It was such a pile of hot garbage that I think I kinda got The Favorite Sister just because I was in the mood to hate on something.

Bummer for me, because this one was catty, bitchy fun with a side of feministier than thou with a murder mystery thrown in there for good measure.

Brett is the fat, tattooed, lesbian wunderkind who owns a chain of spin studios that donates bikes to girls in Morocco so they can get water to their families quicker and thus have time to go to school.

Brett is the fan-favorite and has recently had a falling out with her fellow Digger and BFF, Stephanie who is a best-selling author whose memoir about being a black girl adopted by a white woman and teen dating violence is glued to the top of the New York Times best-seller list.

Brett’s older sister Kelly has just joined the cast of the show and it seems Brett wasn’t too thrilled with that either.

Rounding out the cast is Lauren a sexually adventurous alcoholic whose daddy funded her dating app and the daughter of a feminist icon, Jen, whose pushes a vegan, hippie lifestyle and is Brett’s arch-nemesis. Brett is a health at any size type of woman and Jen is the skinny = health type of woman

The book jumps back and forth in time and point of view. Kelly tells the present story, the fall-out of Brett’s murder. Stephanie and Brett’s point of view handle the back story in alternating chapters.

Have I mentioned that this book is so fun? Mostly because Brett’s got a great, I don’t give a shit but yet I kinda do and this dichotomy makes me super charming voice. I loved Brett even though she’s kind of a shit. SPOILER: all the women involved with the show are kinda shits.

I really enjoyed the behind-the-scenes machinations of “reality” television plus the extra-curricular scheming of the Diggers. Fame is a heady drug.

This book was just really, really fun with a side of whodunit that kept me guessing. I gobbled it up in just a few days. A great summer read.