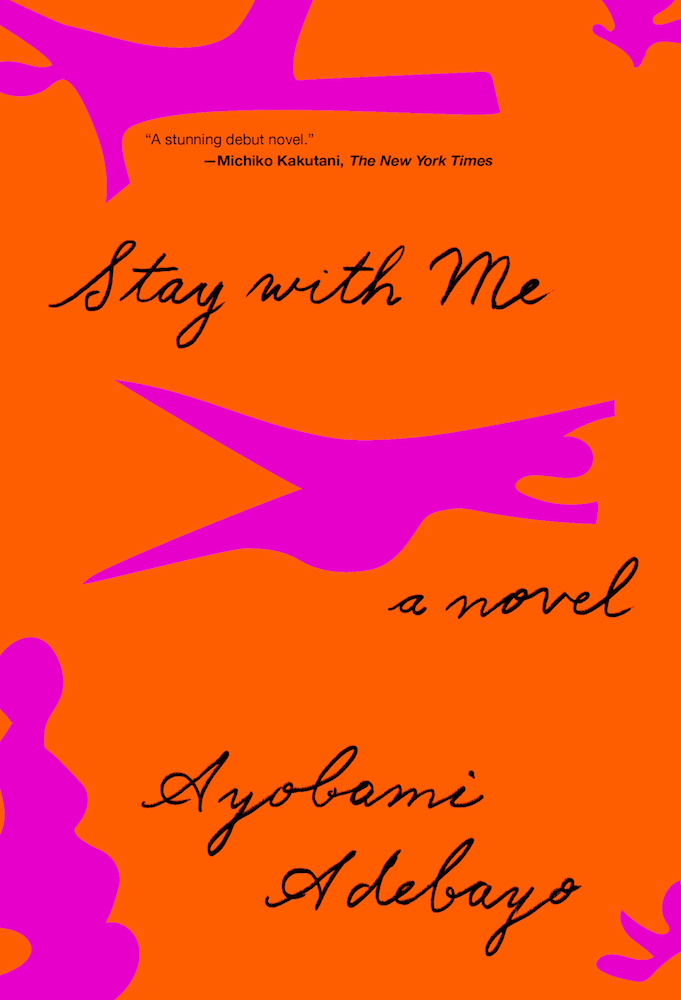 Ayobami Adebayo’s Stay With Me, was a slow starter for me. In fact, I started reading it in like October or November of last year and returned it to the library unfinished. It wasn’t working for me. When it popped up on a shit-ton of year-end ‘Best of Lists,’ I thought I’d give it another shot. 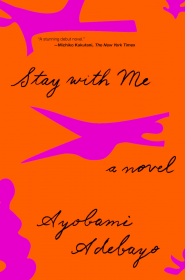 It’s beautiful and heartbreaking and every time you think it’s gonna zig it doesn’t just zag, it does a series of cartwheels ending in a roundoff.

Yejide and Akin fall in love at first sight while at university. Yejide is a motherless daughter shunned by her many stepmothers growing up, when she meets Akin she’s sure she’s finally found someone who will stand by her.

For the most part, Akin does and things go well for the couple. He works at a bank, she owns a hair salon, and they seem mostly insulated from the goings on in Nigeria. That is until they can’t conceive a baby and Yejide’s in-laws bring another wife into the house.

This book is so much more than that. The second wife is really a minor plot development, but it happens early and thus doesn’t feel like a spoiler. To reveal anything else would be to spoil it because I never saw what was coming and yet each time something more was revealed not only did it deepen the story and shine a new light on what came before, it made the characters more real, more human. Mostly it’s a story about the lengths people will go for love and what happens when it’s not enough.

Put down whatever, you’re reading and go get this one. You will not regret it.