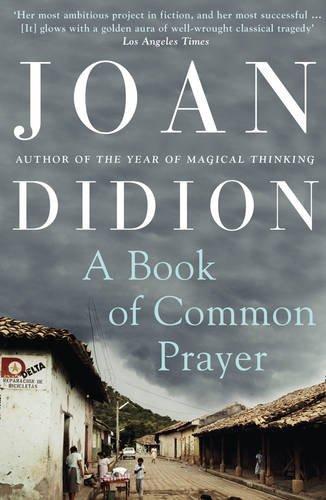 I’ve read a lot of Joan Didion in my life, but sometime in November after seeing her nephew’s documentary about her, “The Center Will Not Hold”, I decided to read her again from start to finish. I like how she writes and I think she’s an enigma. I mean, do these stories have a touch of autobiographical? I’m dying to know. The Joan Didion Project is essays, novels, rewatching the movies she co-wrote with her late-husband. So far what I’ve learned is that Play it as it Lays is a better book than it was the last two times I read it and the movie, which is available for streaming for free on YouTube, is goddamn amazing. Watch it right now. 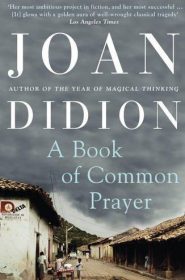 But the true gem, three and a half books and two movies in, is A Book of Common Prayer, a novel from the late 1970s set in a small, gang-controlled town in Central America and an American who married into the political fray, but has since been widowed. Grace Strasser-Mendenna is underbelly savvy and a solid voice in the family’s movements — even plot moves against each other. And she’s got a story to tell:

Charlotte Douglas, also an America, shows up and causes a bit of a ruckus. No one is sure what she’s doing in Boca Grande, why she spends every day at the airport, and why she’s been flagged for special treatment by the government.

Grace tells her story from a place in the future. Grace’s daughter was on the lam, accused of a politically-motivated act of terrorism. Meanwhile, there is Charlotte’s hard-partying, opinionated first husband, who is as quick to social climb as he is to socially stage-dive and her second husband, a far better man, more supportive, who just doesn’t drive her mad like the first.

A Book of Common Prayer plays like a mystery novel, with rich characters slowly revealed. Boca Grande has a strong sense of place, both the temperature and the danger of the dueling factions. It’s all very tragic, you know the deaths are coming.