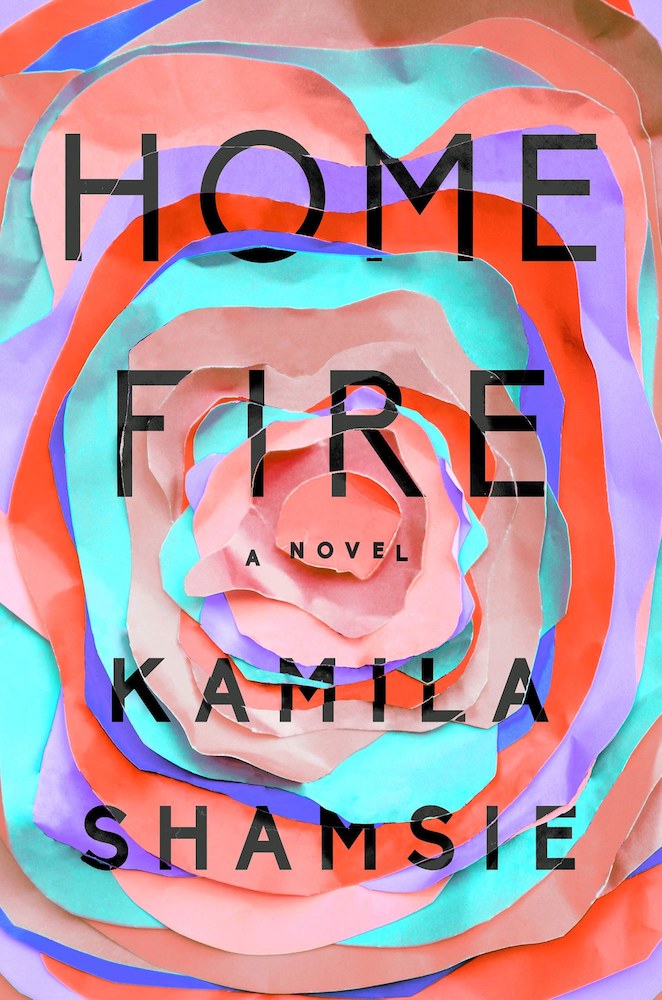 Back before I wrote a book myself, I used to be kind of an asshole when it came to endings. And by kind of, I mean a total, complete asshole. I’d often let a shitty ending ruin a book I had enjoyed up to that point. I was like a Russian judging Olympic gymnastics. The slightest wobble of the knee and the score was slashed. I was merciless right up to the point I tried to write an ending to a book.

That shit is hard.

And so now, I’m more forgiving. But more than that, I’m really, really amazed and awe-struck when an author nails the ending. I want to award gold medals, parade them around on my shoulders while readers applaud and throw flowers.

The ending of Kamila Shamsie’s Home Fire is deserving of such fanfare. I won’t give it away because I was so taken aback that when I read it I was all “Wha? What? How? What?” Then I read it again. It was perfect and inevitable and the exact way the book should have ended.

So what’s it about? Family, love, politics, loneliness, and jihad.

The Pasha siblings are the children of Pakistani emigres living in a neighborhood filled with other immigrants and their families. The sibs are orphaned at a young age. Their dad dies under mysterious circumstances and is labelled a terrorist. The twins, fiercely intelligent and beautiful Aneeka and sensitive, struggling Parvaiz, don’t even remember their father. Isma, the eldest, who is left to care for the twins when their mother and grandmother die within a year of each other doesn’t have the greatest memories of him either.

Isma puts her life on hold to get the twins through school and once they finish she picks up studying for a PhD, which takes her to the US and a chance encounter with Eamonn, son of the Home Secretary. I have no idea what that position is in the English government or what it would equate to here in the US, but it doesn’t matter.

What matters is that Eamonn’s dad is a political big wig who can make shit happen. Eamonn is the spoiled son of rich parents who is taking some time off to do the sorts of things 30something dudes with rich parents do.

After meeting up with Isma in the US and kind of being all “thanks, no thanks” with her tentative flirtation he returns to his swanky flat in London and falls hard for Aneeka.

Things spiral from there. And they spiral in a way that is surprising, engrossing, and inevitable all at the same time. This is one of those novels that when I finished it kept thinking, “Damn, I’m really glad I read that book.”