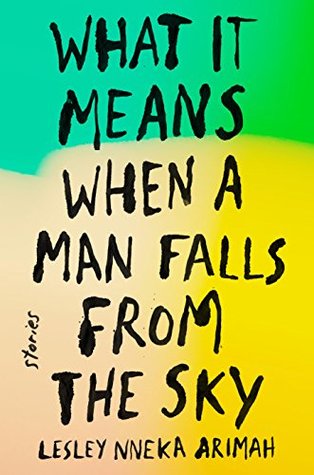 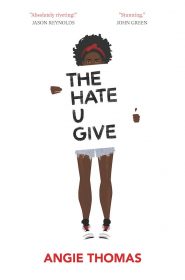 The Hate U Give by Angie Thomas

This is one of those books that gives you an uneasy feeling of dread as you read it because you’re absolutely convinced something terrible is going to happen to your favorite character, which is most of them. A real eye-opener for this middle-aged white lady about code-switching and the murder of black people by police officers and the tinderbox neighborhoods who buckle under the weight of so much oppression and white supremacy – all told from the point of a view of a smart, savvy young black woman. So worth your time. 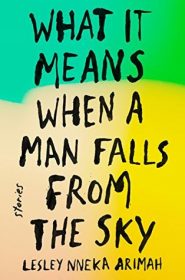 What It Means When a Man Falls from the Sky: Stories by Lesley Nneka Arimah

Probably one of the strongest short story collections I’ve ever read in my entire life. Folklore and fairy tale, mothers and daughters, modern times and days of yore, Arimah covers much space and time and history and does it beautifully. I have a notepad on my nightstand where I scrawled “She felt like a promise fulfilled” from one of her stories. There’s a story about a woman who weaves a child out of hair and one where mathematicians have solved the problem of grief. These are stories that will stick to your ribs longs after you’ve read them. 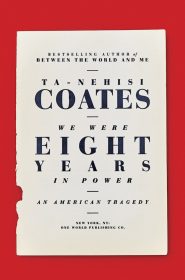 We Were Eight Years in Power: An American Tragedy by Ta-Nehisi Coates
I’m a little ashamed to admit that this collection of new and selected essays by Coates infuriated me. Not because of the content, but because it shined a bright, bright light on my ignorance regarding race in this country. Like I knew it was bad, I don’t live in a cave, but reading “The Case for Reparations” opened my eyes to so many injustices I had no idea about and it so clearly demonstrates what is meant by systemic racism. Damn. This really is a must read. For everyone. 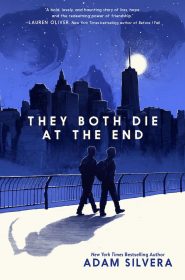 They Both Die at the End by Adam Silvera
Sure the spoiler is right there in the title, but that doesn’t mean I wasn’t curled up in the middle of my bed ugly crying when they both die at the end. In a near future, Death-Cast calls to tell you that they’re very sorry, but you’re going to die today. When teenagers Mateo and Rufus get the call they turn to the Last Friend app to see if they can hang with someone before they meet their end. Of course they meet and they have a grand adventure and they fall in love and they die. And I bawled.