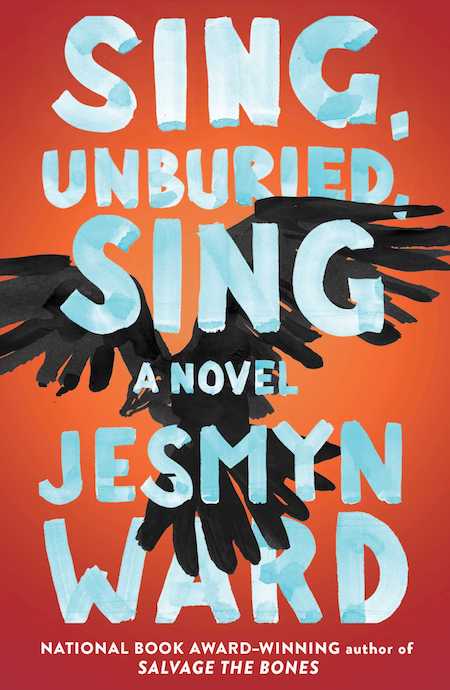 Sing, Unburied, Sing by Jesmyn Ward is a haunting tale of the Jim Crow south and its reverberations, generations deep.

In rural Mississippi, thirteen-year-old Jojo lives with his aging grandparents who he refers to as Mam and Pop. His meth-addicted mother, Leonie, occasionally makes an appearance, but Mam and Pop are the ones raising Jojo and his younger sister Kayla, and Pop tells Jojo stories of the past to teach him how to be a man. These stories include when Pop was in Parchman, the state penitentiary, and he befriended a 12-year-old child who was far too young for the cotton fields of prison where slavery continued.

But Parchman isn’t a thing of the past for this family. Jojo’s white father, Michael, is about to be released from Parchman and Leonie decides to take the children on a trip to retrieve him. With little money and food on this trip, Jojo struggles to care for Kayla while his mom’s mind is on anything but them, but soon literal ghosts complicate things even more than the toxic relationship between Jojo’s parents.

Told in alternating, first-person chapters from most of the main characters, Sing, Unburied, Sing is a beautifully written, hard look at poverty, addiction, racism, and family. Much of the book is introspective and quiet, yet powerful in its message of ghosts from the past haunting current generations. These ghosts come in many forms, from Jim Crow laws, to the war on drugs, to police brutality and racism, to real ghosts not understanding what happened, and this family lives through it all, each one of them empathetic, even when at their worst. It’s easy to have empathy for Jojo and Kayla, but even Leonie and Michael, whose family is not accepting of him having children with a black woman, have their moments.

Jesmyn Ward has done it again, giving us a snapshot of the struggles of this family. She doesn’t offer solutions, happy endings, or clear pictures of where things are going, but gives us the brutal reality many face, and shows that in some families the role model, the strength of the family, doesn’t always lie with the parents.