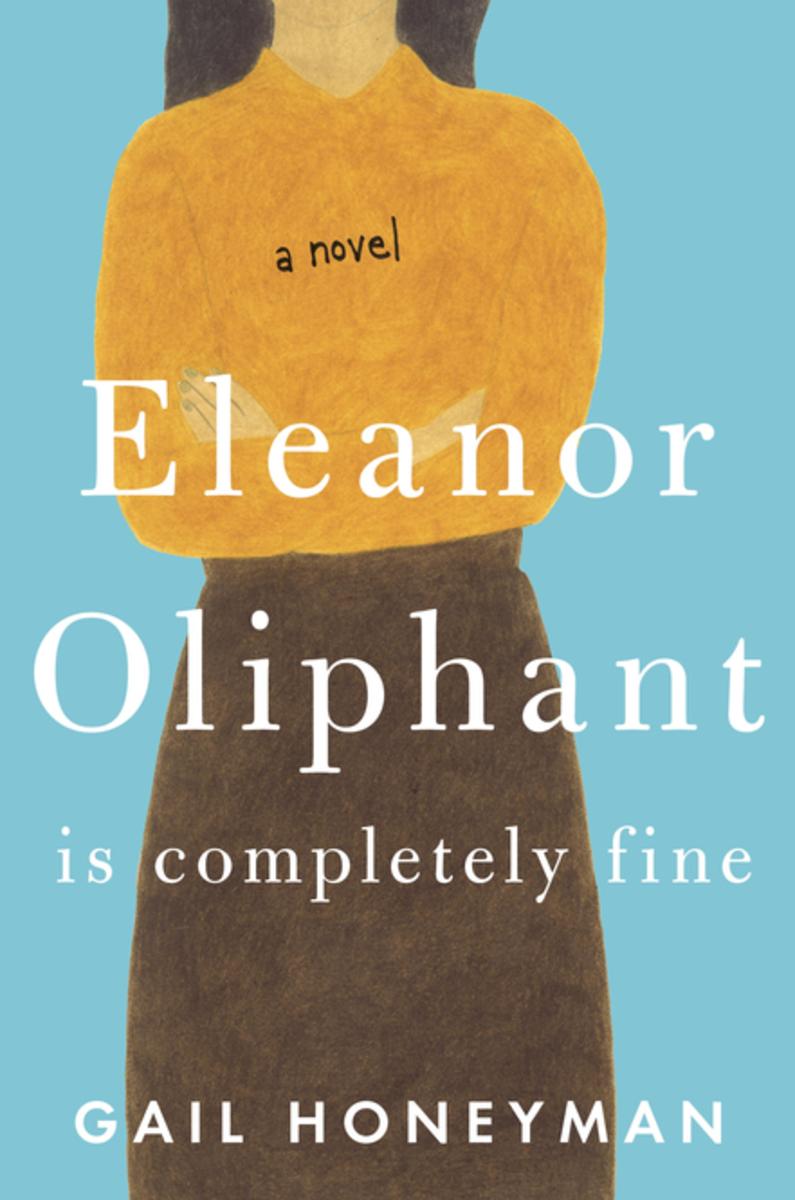 One thing to know before you crack into Gail Honeyman’s novel Eleanor Oliphant is Completely Fine is that it’s very voicey. You are immediately and wholly ensconced in Eleanor’s world and her voice drives and carries the entire book. This is a good thing if you find this social misfit’s quirks and never-ending judgments charming. It’s another thing if you find her fucking annoying.

Eleanor’s thirty and she’s worked at the same place since she graduated university, and has never missed a day. She has zero friends and zero interests aside from doing crosswords and drinking two bottles of vodka every weekend. She’s suffered from horrible child abuse and survived a fire that has left one side of her face scarred and she bounced around through foster care from the age of ten through seventeen.

This is supposed to explain why Eleanor leads a sheltered life away from most people. And I can kind of buy that. However, the internal logic of the novel just doesn’t hold up and because of that the whole thing feels like quirky for quirk’s sake kind of mess and not like a story about an actual, factual person.

Two things happen pretty much simultaneously to break Eleanor out of her world. She falls in love with a shitty pop singer, and she, along with her co-worker Raymond, help an old man who drops of a heartattack in the middle of the street.

Now that she’s begun to engage with the world and decided to pursue this pop singer as her one true love, Eleanor begins to shuck off her social awkwardness and try to get with societal norms. Most of this, of course, is through appearance. She buys trendy clothes, begins wearing makeup, and gets a haircut. This is, I guess, supposed to show growth? I don’t know.

She becomes friends with Raymond and he really makes her go outside her comfort zone — taking her to parties, concerts, and such. However, Eleanor is still suffering. She has weekly phone calls with her abusive mother who is locked away somewhere. Her mother sounds exactly like a Disney-evil-stepmother and some of this is hard to buy. . .

And you’ll eventually learn why in an eye-rollingly obvious and stupid twist.

The problem with ‘Eleanor Oliphant’ is that the novel’s internal logic doesn’t hold up well and like a house of cards once you start questioning one part of Eleanor you question them all. So what could have been an edifying story about a lonely, quirky woman who comes to friendship late in life turns into a mental illness disguised as quirk none of this is really funny and it reeks of bullshit kind of mess.