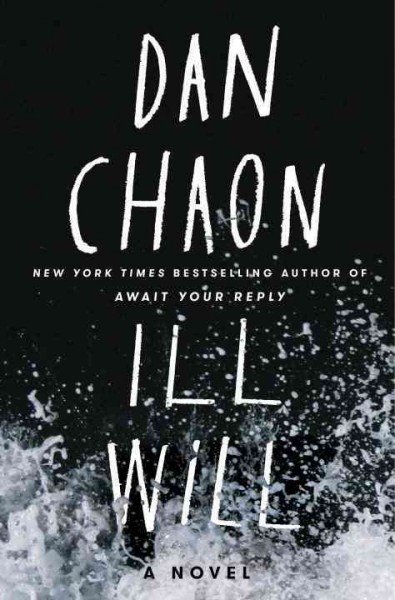 Ill Will by Dan Chaon
Insomnia isn’t my thing, but on the one night I woke during the witching hour and couldn’t fall back asleep, I magically had this weirdo mess of creepiness to keep every one of my pores buzzing with what-the. Our not-so-heroic hero is Dustin, a psychiatrist with a wife dead from cancer, one son on the lam from the family and another gaunt from heroin use. And his cousin Kate, who he shared a bed with until he was a bit too old, has called to know that Rusty, the adopted brother accused of murdering both his parents and Kate’s, has been exonerated. Meanwhile, one of his patients is hell-bent on them tag-teaming something that looks a lot like a serial killer preying on college boys. The story flashes between past and present and sometimes takes on a single character’s multiple perspectives. Meanwhile, satanism. This story is wonderfully disorienting and who the hell understands the finale.

The Idiot by Elif Batuman

Sweet, plot-free, relief. Elif Batuman has written a story that is linear, lacking in chaos, no high-highs or deep dives. It’s just life, man. A straight up: this happened, then this happened, then this happened. My favorito. Selin, daughter of Turkish immigrants, is a no-bullshit, culture-questioning freshman at Harvard in the 1990s who, through the magic of email and other now-archaic modes of internet communication, develops a pen-pal ship with Ivan, an older classmate, a mathematician from Hungary. For a long time, these letters are the only contact between them. Then they fall into one of those awful relationships where no one says the right thing or does the right thing and he has a girlfriend, but she takes his advice and follows him abroad for the summer anyway. So good.

The Rules Do Not Apply by Ariel Levy

Nothing will take your soul, ball it up and twist it like Ariel Levy’s written account of the miscarriage the had in a Mongolian hotel bathroom five months into her pregnancy. She describes the physical pain, the birthing, and the one photograph of the baby she had conceived with a well-off male friend to raise with her wife, an alcoholic who had gotten ever-so skilled at hiding the worst of it. Levy’s story continues through the aftermath, the dissolution of the marriage, what a life looks like. It’s quick. It’s smart. It’s raw. Though, does her ex loathe her for writing this? One would think.

Um, this was okay. It’s a sort of sprawling character study of four college friends and the weird junk that happens because they are these certain type of people: an activist, a porn-addict, a bad girl, and a guy whose manic state might keep him in med school, but the other side of it will knock him flat. Plus, it’s a statement on what it means to be A Human in this place in history. That might mean a commitment to personal branding and content creation. That might mean a vegetarian do-good attemptist’s last stand against iAnything. I could never really figure out how these people fit together.

And then you realize that while you were in college, rollerblading a four block square over and over and over in the middle of the night, just a few burbs away there were Prince parties raging until the sun came up. Um, do over? In this collection, journalist Jim Walsh has collected everything he wrote about Prince during a period when no one else was really covering Prince.

How to Murder Your Life by Cat Marnell

Cat Marnell is exactly the kind of person whose life I would follow in great detail, between bylines, social media and Page Six. SO WHERE WAS I AT THE HEIGHT OF HER REIGN OF TERROR. (A: Probably eyeballs in Julia Allison’s experiment in lifecasting, like a fool, and googling Blueprint Cleanse.) This young writer grabbed Jane Pratt’s audience by the hooha and wrote rock ‘n’ roll truisms about drug fueled nights and mascara-powered days. Her memoir is uh-gly, with all sorts of bad behavior and mostly failed attempts to crash her plane and then rehabilitation. This doesn’t wrap with our hero settling into domesticity and deleting her crack contacts. Nah, she’s going to give moderation a shot. It’s so delicious.