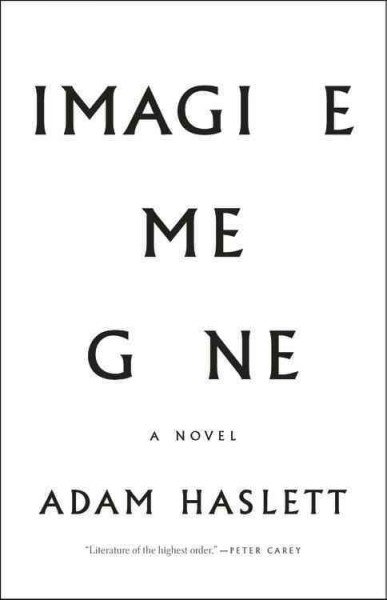 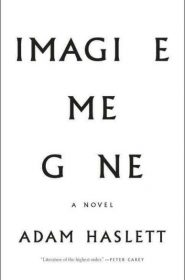 To call Imagine Me Gone by Adam Haslett “uneven” isn’t fair. That isn’t quite the right word, although, since I can’t think of a better one, it may be the best.

That Haslett can create five characters – father, mother, two sons, and a daughter – and give each a distinct voice and unique life shows he is a talented writer. The problem with Imagine Me Gone is that the novel gives these characters all comparable weight even though they aren’t created equal.

The father, John, suffers from depression. When he and his wife, Margaret, are young, that depression is not treated properly, and creates a problematic legacy that stains the couple and the subsequent generation. The chapters in John’s voice are so beautifully written, with such lyrical descriptions of his illness, that they are painful. Even though a significant portion of her story is influenced by her husband, Margaret emerges fully formed in her own right – strong, but tired, and not strong in a sense we’ve become familiar with thanks to empowerment-themed magazine articles and feel-good movies. She has her own quiet struggles, her own moderately successful coping mechanisms, and I liked that Imagine Me Gone lets only us, the readers, see them. Margaret was my favorite character.

Against the important-feeling lives of their parents, the children come across as less significant. Haslett gives Celia, the daughter, her own problem to reckon with, but so much time is spent talking about the cost of living in San Francisco and her husband’s part-time work in independent film that she comes across as unforgivably self-absorbed. Alec, Celia’s brother, contrasts the fierce monogamy of his parents and Celia by being gay and hungry for a relationship, but unable to find more than anonymous encounters. Like Celia, though, his complaints about unaffordable New York real estate and low-paying, yet glamorous, work trivialize him. Michael, the third son, has inherited his father’s mental illness. In him, it manifests itself in mania – crazed, frantic thoughts and an intense, borderline devotion to music and a number of women ill-suited for him. When compared to the quiet agony of John, Michael seems smaller and less consequential.