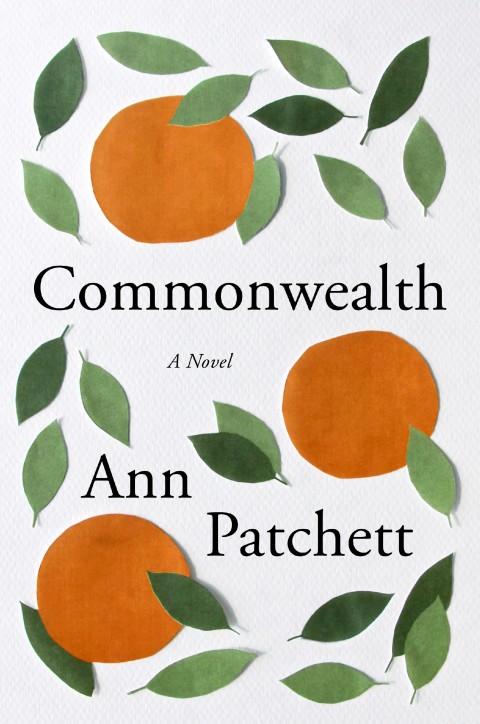 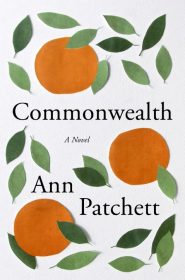 I forgot I was reading Ann Patchett’s Commonwealth the same way I sometimes forget how I got from Point A to this table in this restaurant eating this burger on my lunch break. The novel is such a sink-in-and-read that it feels like a total zone-out.

The ease comes from the structure. These smooth ride stories from within two families who become linked by a right place, right time — or wrong place, wrong time — almost fluke. They cross time and space and one minute there are parentless kids cruising toward a beach and packing heat and the next minute an old woman is considering the time she went to Switzerland to sit quietly next to her daughter. I suppose that is an accurate portrayal of time.

It all starts with Bert, who is looking for any excuse to avoid his ever-growing family, so he crashes the christening for a colleague-ish’s newborn baby, Franny. He saves the day with his gift for the hosts, a mega bottle of booze that seemingly has a water-to-wine biblical property, and eventually he finds himself having a quick, somewhat chaste romantic liaison with the lady of the house.

Game on: The two end up leaving his kids and ex behind in Los Angeles and taking her brood to live in Virginia.

We revisit the members of these families over the course of the next 50-some years in non-chron short-story sized bites that delve deeper into the major family moments for the individuals.

Its most intriguing character who is Franny, who doesn’t want what it takes to become a lawyer like her sister and almost her father. She’s bookish and would prefer to read, read, constantly read. She’s working at a restaurant when one of her favorite writers settles into the bar and asks her for a drink.

A flashback finds the step-siblings on a hot beach-bound day. Their parents are asleep at the hotel with instructions to let them keep snoozing, please. So they embark on their own adventure armed with the necessities: soda, Benadryl, and the handgun the eldest boy pulls from the glove box.

Albie is the kid brother nobody wanted who becomes the kid brother nobody can find — until he shows up at his big sister’s Brooklyn apartment and no one ever wants him to ever leave again. He coincidentally ends up reading about his family’s greatest tragedy, a story he barely knew the half-of, until it plays out in fiction written by ba-dump-bump, the aforementioned author at the bar.

I liked so much of this book, but other parts felt overburdened with names and more names and more marriages to characters who don’t mean anything to the story. Some of the players are lean and blah and some — but not many — of the chapters feel like filler. Part of the problem is the through-line, the story of Dead Cal, which is a wisp of an idea that doesn’t feel real or weighty or gut-punchy enough. Two words, Patchet: My. Girl.

Mostly I just want to read about Franny and her old white man author boyfriend and the summer at the A-Listers place. Because that was going to get ugly and lo did I want to watch it play out.