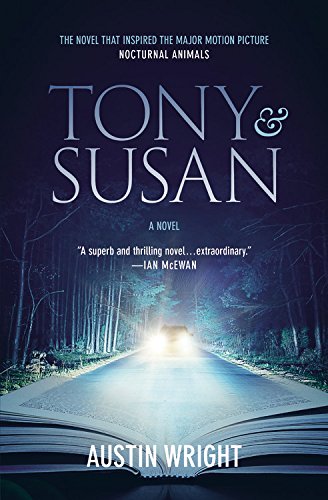 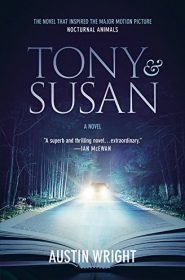 Austin Wright’s Tony and Susan is a Matroyshka doll of a novel – a story within a story in which the main character’s reality blurs with the fiction she’s reading. When the plot is interesting enough to engage the reader, it’s an appealingly complex knot of words.

The Susan of the title is Susan Morrow, a part-time community college teacher, doctor’s wife, and mother of three in Chicago. In the quiet days after Christmas, with her husband on a business trip, she receives a manuscript from Edward Sheffield, the husband she divorced 20 years ago. It’s a surprise peace offering, since her (apparently well-founded) criticism of his writing contributed greatly to the end of their marriage.

Edward’s novel, Nocturnal Animals, concerns Tony Hastings, a reedy English professor, and the abduction, rape, and murder of his wife and daughter while the three are on their way to a summer house in Maine. As Susan consumes Nocturnal Animals, so does the reader of Tony and Susan. Edward’s book takes up about half of Wright’s. Nocturnal Animals is fine, as far as thrillers go. Tony is the sort of character a middle-aged, middle-class white man would write (concerned about his masculinity, somehow attractive to many, often younger, women). When the grim action of his tragedy is over and he finds solace in his academic work and the advances of I can’t remember how many fellow professors and a graduate student, his vibrancy as a character dims.

Good thing we have Susan.

Susan is pointedly un-glamorous. It’s suggested she’s not particularly attractive or professionally successful. What she does have is an internal life, and one full of many small pangs of guilt and little fears that, as Tony and Susan progresses, become more easily understood. As Edward’s novel unspools, so does Susan’s backstory, and what haunts her comes more into focus.

Linking Tony and Susan and Nocturnal Animals are the imagined (or are they?) similarities between Edward’s novel and his life with Susan. There was a real-life summer house in Maine – is that why Edward included that detail? The way a female character is described sounds vaguely reminiscent of Susan. Is it her, or some other woman? Does the way Tony thinks, feels, reacts mirror what Edward would feel, or has felt? In the echo chamber of Susan’s mind, these questions, never answered, become somehow sinister, taking the formless shape of a threat or a dangerous reminder that Edward isn’t out of her life yet and may never be.