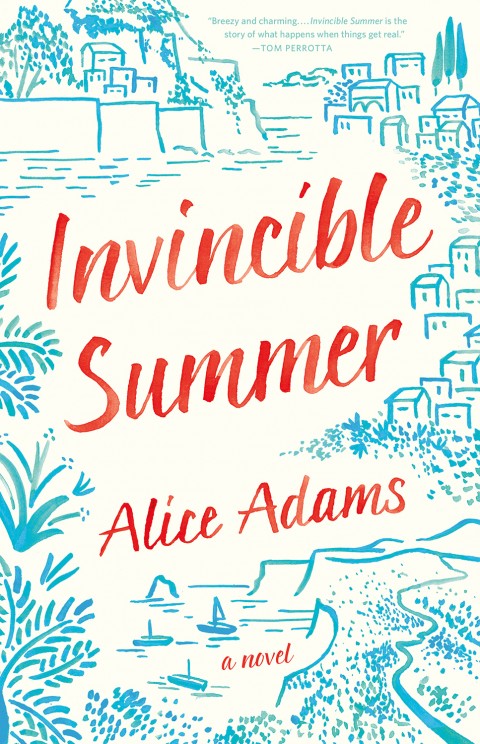 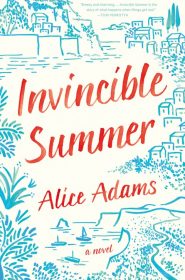 When I read a review of Alice Adam’s Invincible Summer that described it as a novel that attempts to define a generation, specifically GenX, I couldn’t get my hands on it fast enough. I’m all in for GenX novels, being a GenXer myself and kind of loving the zeitgeist we came of age in for purely narcissistic reasons.

However, this is not my GenX or at least not the way I experienced it. Perhaps that has more to do with this novel taking place in England and my life taking place in the United States, the midwest specifically. While there is the occasional mention of a Doc Marten or The Pixies, which perked me up, this one kind of meandered about for 20ish years and then ends.

We follow a quartet of friends from college graduation day until they’re well into their forties. Eva is the only child of a widowed professor who decides to abandon her physics degree and go into finance. Benedict is the loaded academic who pursues his PhD in physics and hangs out in Cern with the large hadron collider. Sylvie is a flighty artist with a drinking problem and Lucien is her older brother who never went to college, and deals in shadiness while purporting to be a DJ.

Of course there are love triangles and some talk of selling out. The friendships are white-hot intense at times and then lapse into dormancy for years. The whole thing is just terribly predictable. Kids, careers, houses, addiction, infertility, economic recession. . . ho hum. None of the characters are particularly charming or insightful and the story bumps along until it’s done. It’s the kind of book that elicits a shrug. And while the characters are GenX in that they were born at the appropriate times, it’s not very GenX-y. Bleh.