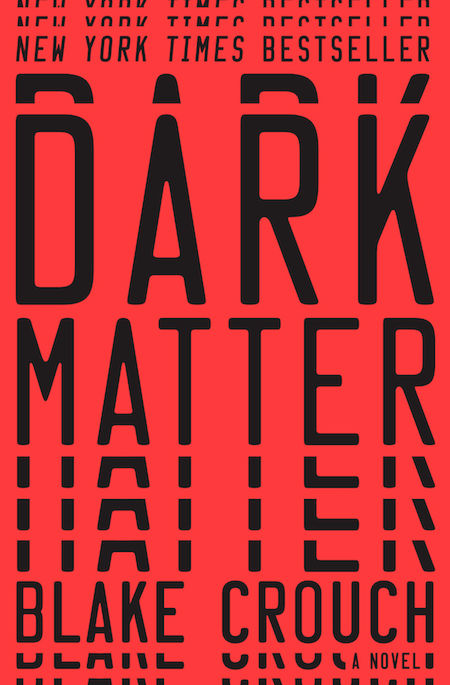 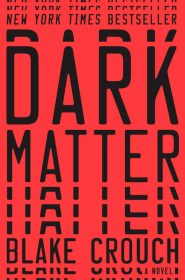 I’d never heard of Blake Crouch until I stumbled upon the TV show “Wayward Pines.” I don’t remember exactly what episode I stopped watching the show, but it was the one where they revealed the big secret I know would’ve looked way better in my head than it did on the screen. I vowed I’d stop the show but read Crouch’s next book, and I’m pleasantly surprised with how much I enjoyed Dark Matter, a mind-bending, plane-jumping, sci-fi thriller.

In Dark Matter, there are multiple planes of existence where there are copies of us living different lives. Every time we make a decision, we create a new plane where the other us makes the opposite choice, so the amount of planes is almost infinite. But our hero Jason doesn’t know about these planes of existence. He’s living happily with his wife and son until he’s kidnapped one evening and thrown into another plane where he wakes up and is praised by people he’s never met. So begins Jason’s attempts to figure out what’s going on and get back to the correct plane, but there are a lot of stumbling blocks in his way.

This is one of those books where the end of every chapter is a cliffhanger compelling you to turn the page. I had to keep turning the pages because I was just as clueless as Jason. His confusion was my confusion. His fear was my fear. It was emotionally draining worrying about whether or not Jason could actually find his way back when the available planes were endless.

But endless planes of existence was only the first issue Jason had to deal with. Towards the end of the book the twist I didn’t see coming makes Jason’s struggle one hundred times harder. And when I say I didn’t see the twist coming, I really didn’t, but I should’ve. It’s actually quite obvious, but I was so emotionally connected to Jason and as confused as he was that I wasn’t even thinking straight. The twist makes complete sense and made me question everything I was reading, which is exactly what you want in a twist.

This is a fast-paced, mind-fuck, thrill ride where just when you start to figure out what’s going on, buckle up because you’re getting dragged in a completely different direction. Pure fun.