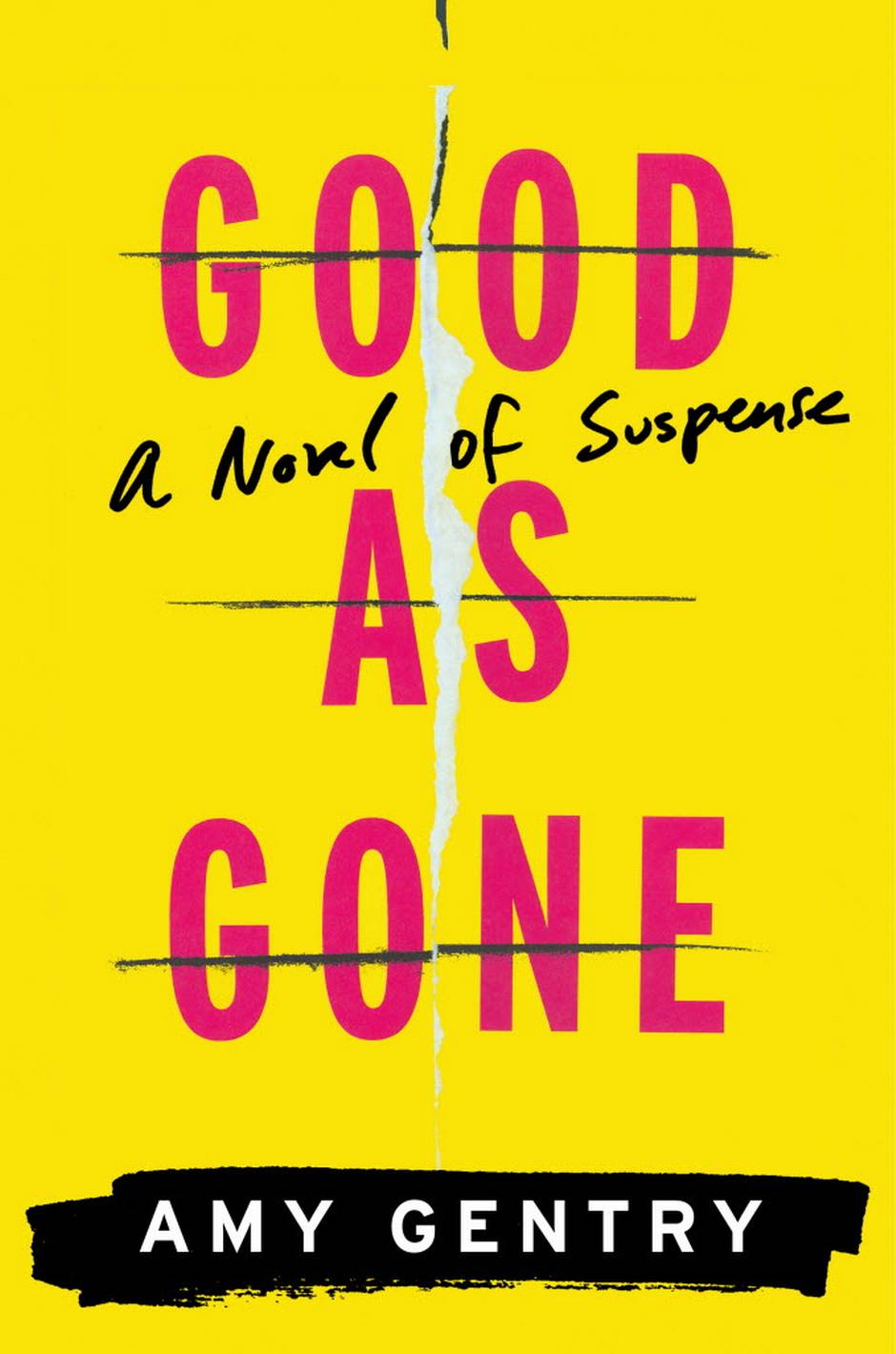 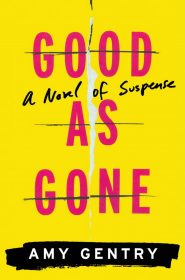 I’ve become intrigued by mysteries lately. Mostly since one of my writing group friends mentioned how he was writing a bunch of “work for hire” choose-your-own-adventure mysteries. I was confounded by the idea. Writing a choose your own adventure book sounds really hard and then to make it a mysteries on top of it. My brain hurts just imagining it.

And my friend, who is much smarter than I am, kind of shrugged and said “You just decide who did it and then work backwards.” Oh, yeah. As if that’s all it takes.

I mention all this because I recently read Good as Gone by Amy Gentry, which dubs itself as a novel of suspense, and not really a mystery. However, I don’t know the difference between the two genres and just shove them together in the bucket labelled mystery.

As a reader, I approach mysteries with a bit of trepidation. Often they are frustratingly coy and I have very little patience for that. Or they are super obvious and you figure them out really quickly. Sometimes when I read mysteries I can see the structure the author has built their story upon, which takes me out of the story and while I’m reading I keep thinking, “ahh, I see what you’re doing here.” The worst is when the story hinges on a ridiculous and far-fetched coincidence. Or when the character investigating the mystery is really stupid and willfully obtuse. Mystery is a genre that seems to pack a lot of pet peeves.

Occasionally and rarely, the story and the writing are so good that not only do I not see the structure, I don’t see anything coming and I’m left breathless and satisfied when I reach the end.

Amy Gentry’s Good as Gone didn’t fall into this category. Instead it fell into the “I see what you’re doing here” category, which means that I wasn’t super annoyed but at the same time I wasn’t giddy with anticipation. In this one, eight years after a young woman presumed dead after being kidnapped at knife-point from her bed at thirteen returns home. Her mom isn’t so sure of the claims the woman makes about being her daughter. The family is in turmoil and as the mom tries to get to the bottom of this, we learn a lot about what happened to the young woman while she was gone. A lot of them suspense of this one is merely a trick of alternating point of view and the author’s choice to explain the young woman’s backstory in reverse, starting off with the most recent events and working back from there. Eh, this is the kind of book that elicits a shruggy, “it’s okay.” 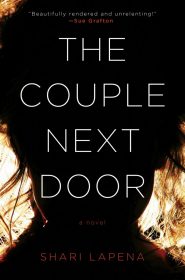 Now The Couple Next Door by Shari Lapena was a mystery where I was breathless and satisfied at the end.

In this one, Anne and Marco Conti leave their six-month-old baby, Cora, at home to attend a dinner party at the house of the couple next door. Anne’s not too keen on going after the babysitter cancels last minute, but Marco insists nothing will happen. They’ve got the baby monitor with them, and will go check Cora every half hour. Besides, he reasons, the houses share a wall. She’ll be fine.

After a rough dinner where the neighbor lady flirts incessantly with Marco, Anne’s had it and at 1 a.m. she finally gets Marco to leave. When the walk the few feet to their own front door, she’s alarmed to discover the front door is open and she when she dashes to Cora’s room she finds the baby gone.

The story unwinds as they try to find their baby and hold out hope that she’s still alive. There’s ransom, suspicion cast on everyone involved, and a mystery that unfolds at a nice clip to keep you interested. This is one I’ve already started recommending to people who dig mysteries.