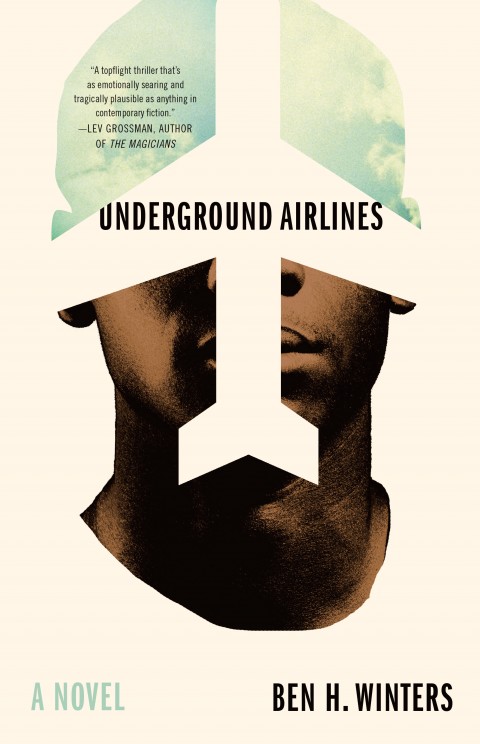 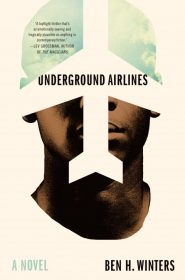 In Underground Airlines by Ben Winters, slavery still exists in the United States. This alternate history imagines a world where four southern states, called the “Hard Four,” still enslave black people because instead of losing many lives in the Civil War, the United States came to an agreement: leave the Hard Four alone, carry on everywhere else.

We learn about this alternate history through Victor, a young, black bounty hunter who tracks down runaway slaves in the northern states. Victor is in Indianapolis on the trail of Jackdaw, but this case is unlike others. The files are messed up, his boss is being shady, and Victor’s attention is getting drawn away by a single white woman with a young black son. But the more Victor dives into the case, the more odd things he uncovers, some of which shake up his world like never before.

Although this case shakes things up, it’s not like Victor is content in this world. We’re in his head and can see that his life isn’t easy. He’s always contemplating his role in this broken system and it’s one of the most fascinating things about this book. He goes through this alternate history and how the United States got here, to his own history as a slave in the Hard Four, to all the people he helped return to enslavement in his current position. He’s contemplative, sad, lonely, and withdrawn, more zombie-like than anything.

Victor’s zombie-like wandering through this world is one hard, but understandable, thing to read, but another hard thing to read was how this world sadly reminded me of things that still happen today. In Victor’s northern states, black people are being harassed by police, treated as an other, made to curb their behavior to make white people comfortable, and bullied if they dare fall for a white man or woman. I kept reading this thinking I’d be surprised at the behavior, but, sadly, with the current climate in this country, where news entertainers defend the comfort of slaves who built the White House, this book just made me sad. And scared.

There are more important, intellectual books written about slavery, civil rights, police brutality, and Black Lives Matter that will give a much broader, informed perspective of these issues, but this novel does raise some interesting questions and makes one think: what if the Civil War didn’t happen? Would we really be here with something like the Hard Four? Would this be our reality today? I used to think no, never, but I’m not so sure anymore, and that’s what’s scary. The reality shown in Underground Airlines is one I wish we were much farther away from than we currently are.