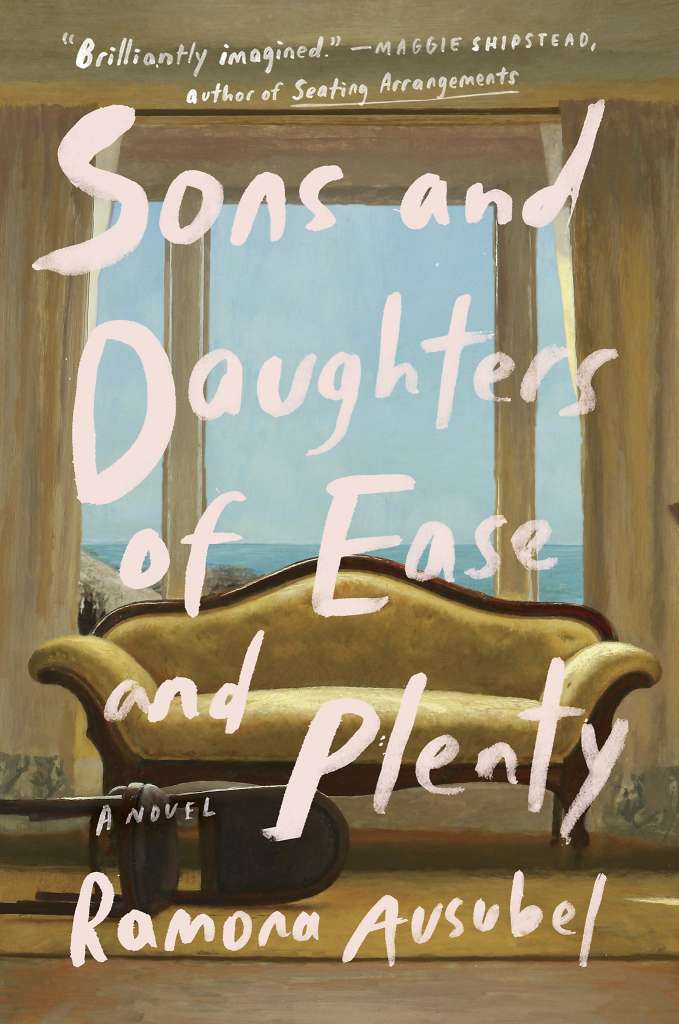 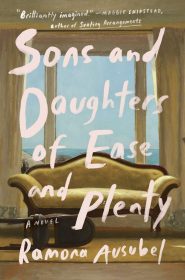 Fern and Edgar Keating are awful people. They are spoiled, wealthy brats who meet, marry, have three children, and live a charmed life bouncing from a home in Boston to a summer home on Martha’s Vineyard, with a brief stint in awful military housing. Things are going swimmingly for them. Fern spends her time raising the kids and decorating the house while Edgar spends years working on a novel in a rented studio not far from their home. As the book opens Edgar’s novel about a young man who walks away from his dad’s steel fortune has been accepted for publication.

It’s 1976 and the living is good, until Fern’s parents die and she learns that the vast fortune she was to inherit doesn’t exist. This throws the couple into turmoil, because the very thought that Edgar might have to work for his father is just too much the bear. What about his book? What about all his Marxist ideals? The two decide to escape their marriage and their woes at the exact same time. Edgar absconds on a sailboat to Bermuda with a hoity toity heiress who isn’t fond of her own husband while Fern takes a cross-country roadtrip with a literal giant named Mac.

Both of them are convinced the other is home taking care of their three kids, nine-year-old Cricket, and the six-year-old twins. They’re not.

That’s the basic plot of Ramona Ausbel’s Sons and Daughters of Ease and Plenty. The novel flits through Fern and Edgar’s past and the present through alternating chapters told by Fern, Edgar, and Cricket, who has fallen for her teacher who is pumping the kids full of faux-Native American tales.

Never have I enjoyed reading a book where I have hated the characters so much. SO MUCH! Well, except Cricket. I liked Cricket. That kid has moxie and I want to read her memoir about growing up with ridiculously childish parents.

I’m not sure if this is supposed to be satirical or not, which might be a problem. The writing feels sincere, but the characters are so ridiculous they feel like satire, and I can’t tell if Ausbel is making fun of Edgar and Fern and their poverty tourism/Marxist ideals or if she thinks they’re genuine people. I’m leaning toward satire because at one point Edgar says the only way he can cope with his family’s great fortune is by getting rid of the money. Does he get rid of it by maybe setting up a nonprofit foundation? Donating it? Nope, he just buys himself ridiculously expensive stuff. Fern isn’t much better.

Neither of them have ever worked a day in their lives, and yet both seem to think they’ll be able to just get jobs when they’re in their thirties that will support them and their three kids, like jobs outside running dad’s steel empire. This from a couple who avoided the pain of Vietnam because daddy pulled some strings.

The writing here is wonderful, and I especially enjoyed the parts about Fern and Edgar’s parents, about how people coped with old money (Fern) and new money (Edgar). Because I hated the characters so much I kept waiting for something terrible to happen to them, to see them actually have to do something instead of breeze through life, even at this turbulent time in their lives. Alas! I don’t know if it’s the moralist in me, but I wanted something horrible to happen to these people. I kept waiting for it and when it didn’t happen I was totally let down. The ending bummed me out. But the journey to get there was so fun because I really enjoyed hating these people.