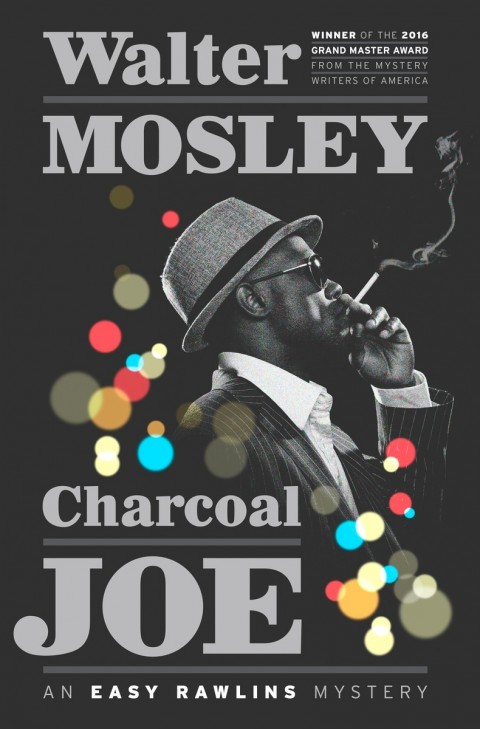 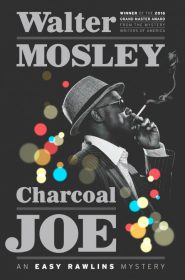 Set in the 1960s, Charcoal Joe, the 14th book in Walter Mosley’s popular Easy Rawlins series, picks up right where Rose Gold left off, with Easy using money he earned from that case to start a new detective agency. When an old friend wanders into the agency talking about a young black boy falsely accused of murdering two white men, Easy’s investigation takes him deep into the world of Charcoal Joe, a jailed gangster who still has a lot of ties and influence on the outside.

I don’t read a lot of detective novels, but what I do like about the books I’ve read in the Easy Rawlins series is that we’re immersed in Easy’s world and all his connections. Having lived and worked in L.A. for so long, Easy knows the streets and who to talk to to find information. Through his investigation we meet old neighbors, men in the barbershop, cops, ladies of the night, and the list goes on and on as Easy unlocks clue after clue. There are multiple twists and turns, and through it all we see the blatant racism of the 1960s through Easy’s eyes as he’s accused of wrongdoing or refused service in restaurants.

And while I enjoyed this book, I didn’t enjoy it as much as some of the others, and oddly for the same reason that I just said I liked these books. There are a lot of characters in this book, which I usually appreciate because it’s hard to figure out who is involved and it’s not easy to guess whodunnit. But with the amount of characters we get here, and some introduced far into the book, it didn’t feel as connected for me. I think had characters been introduced before midway in the book (or later), I would’ve liked it more, but the flow just didn’t work for me.

There’s also a side story with Easy’s girlfriend, who he was going to propose to, who runs off with an African prince who is being hunted. I didn’t connect with this side story as well because we didn’t really see a lot of Easy with his girlfriend and family like we’ve seen before. In order to care about this side story I needed more of Easy’s life, but this complex case takes up all his time. Overall, this is a good little mystery, but not as strong as other Easy Rawlins books.