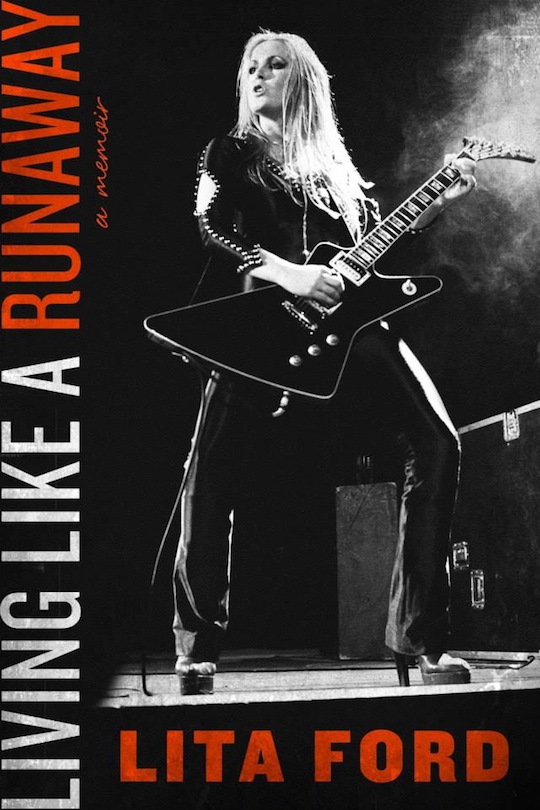 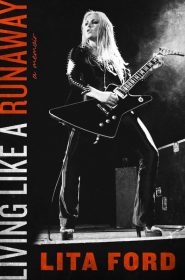 In her memoir Living Like a Runaway Lita Ford, writes about how unimportant high school was to her and how she skipped out on her graduation to play a show with The Runaways. This apathy toward learning is pretty easy to see in this poorly-written, reflection-lacking, yet still entertaining memoir.

The writing is bad. Like cringe-inducing, eye-rollingly bad. Throughout the book she uses female (adjective) when she should use woman (noun). It makes her come off as, well, not very smart. Plus there are a lot of anecdotes that end with “Yeah, that was a good time” or “it was so funny.”

Ford only spend a few chapters on her time as a Runaway, which was a little disappointing for someone who adores Joan Jett. And ol’ Joanie doesn’t come across too well in this one. You can tell there’s not a lot of affection between Ford and Jett, and it’s tough to figure out why. Perhaps Jett really is the emotionless automaton controlled by her manager that Ford paints her. Or maybe Ford never really connected with Joan because as a teenager Ford was ooged out by homosexuality, something she kind of glosses over in her re-telling of her time with The Runaways.

Its kind of tough to take Ford at her word. There are many times throughout the book where her actions don’t match up with her words. She says she’s a kind, loving, nice person. She had a great relationship with her parents (the doted on only child of Italian and British immigrants). Yet the book is rife with stories of fight fights (both drunken and sober), black eyes, broken noses, and in one weird incident a burrito thrown at a waitress.

Either Ford has no problem reconciling her violent tendencies with being “nice” or there’s a real lack of self-reflection. I tend to think it’s the latter, which is kind of disappointing.

Ford spends very little time on what it was like being virtually the only woman in heavy metal. And a lot of it is self-aggrandizing, as though she was the only woman with the courage and talent to break into the sexist boys club. If there is one thing we learn about Lita Ford, she is not lacking in the self-esteem department. She tells us endlessly about her hot body and skimpy costumes, which is sad in its own right. Lita Ford, you are more than a hot piece of ass!

But this doesn’t mean the book isn’t any fun. It is. Ford is unapologetic about the way she has lived her life, boozing, drugging, and fucking her way through the 80s. She’s totally one to kiss and tell, which makes her memoir fun to read in a wholly shallow way. She pretty much tells a story about every famous dude she had sex with (Eddie Van Halen, Jon Bon Jovi) and she’s very frank about how her engagement to Tony Iommi (Black Sabbath) ended because he was an abusive, face-punching asshole.

The last part of the book is a bit weird and veers on coy. Ford had a contentious seventeen-year-marriage with a man she refuses to name (though Google tells me it was Jim Gillette). They have two sons and eventually move off to a secluded island in the Caribbean where Ford is pretty much cut off from society and spends her time home-schooling her boys. She says she really lost herself and eventually she had to leave. Ford also claims that her ex-husband turned her sons against her and now she tries to raise awareness about parental alienation. It’s weird, because Google tells a very different story about the end of her marriage and the relationship with her sons.

This one is quite the mixed bag, a poorly-written mixed bag sure, but I still kind of liked it.