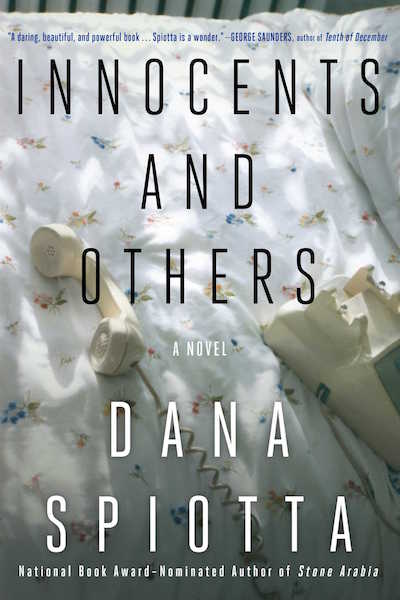 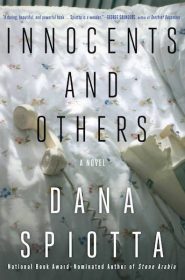 Start reading a story about a high school film fanatic whose senior project involves aping an urban legend involving her favorite filmmaker. And then, upon successful completion, meets the elderly gent, moves into his house, loves him actually into his final days of life. She steals into the garage for her stowed car on the night that he dies, and no one — certainly not her parents — ever knows that she wasn’t in upstate New York recreating films for the summer before college.

What the what? Dana Spiotta’s novel Innocents and Others is inexplicable. A series of mismatched chapters and characters that never really clicks into something that feels like a fully-formed big picture. Maybe it’s not you, it’s me. The New York Times called it “brilliant.”

It starts with Meadow watching, re-watching, re-watching again, 20 times, her film idol’s signature piece. Her understanding of the movie changes so many times over three days and afterward, she tells him of her project. They meet up, she moves in, they have a reclusive affair that ends only when he dies and only lives on in his love letters to her. From there she moves to New York and works on the projects she claimed to have been working on while she was really hiding out in a modest Los Angeles home (with its own screening room). Her lifelong best friend Carrie is also interested in films, but more the movie kind. Big hits. Accessible feminism. Not the art-documentaries that Meadow bleeds into from some eccentric living situation far, far from mainstream culture.

Except that there are Oz and Jelly. The former is blind, the latter is too — but her eyesight is improving. During dimmer times, Oz gets her hooked on phone culture. This underbelly of people who find ways around long-distance codes and just spend time … chatting. Jelly, not her real name, starts cold-calling the almost-famous and developing intimate friendships. Not phone sex, but phone intimacy, phone spooning. She gets really caught up with one man, specifically, but when the time comes for an old-fashioned face-to-face, she skips the trip.

This storyline eventually intersects with Meadow’s, but not satisfyingly. More of a “You told me about this for this?!”

There is also a problem with a pretentious filmmaker as protagonist: Describing all the pretentious films. There are obscure references and styles and long descriptions about Meadow’s technique and influences. It’s like, See Meadow Make Salami.

This is another one of those books that rings better in your mind long after you’ve finished it than while you’re slogging through the director’s cut of a fictional documentary.

Full disclosure: I have a problem with lit labels. I want fiction to be invented (exceptions made for celebrity authors) and novels to not be linked short stories. Had this been listed as the latter, I’d be more it-was-fine-I-guess. As is, there were big stretches of huh?