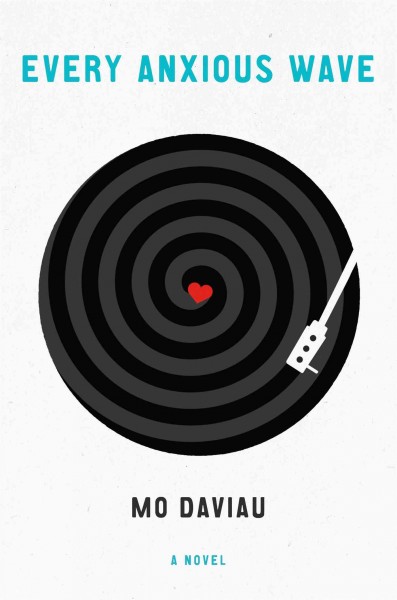 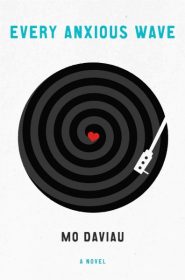 It’s not often I say this, but I could have used about fifty more pages of Mo Daviau’s Every Anxious Wave. It seems she needed just a little more space for her to get the romance part of her rock & roll time-travel romance in order.

Karl Bender is our protagonist here. He’s a former guitarist for the Axis, a band that almost hit it big in the early 2000s. Now he’s ten-years from almost rock stardom and the owner of a bar in Chicago and a wormhole in the closet of his apartment. Once Karl discovers his little time-traveling anomaly he sets to monetizing it like any good capitalist and starts shipping people around the time-space continuum so they can check out rock shows of times past.

However, when he fat-fingers a date and sends his friend Wayne to New York in 980 instead of 1980 Karl enlists the help of a local physics PhD student, who he chooses off Northwestern’s website because she’s wearing a Melvins’ shirt.

Lena is the prickly, chubby, tattooed PhD student with an Elliott Smith tattoo similar to one Karl has. The two have instant chemistry and set about getting to know each other and trying to get Wayne back from the 900s.

I enjoyed this one, even though the romance part is kind of hinky. Like one minute Karl is taking Lena to the 90s and the house of the woman he’s still in love with and the next minute he’s all LENA’S THE ONE! It happens really quickly and I’m not entire surely why, especially because Lena’s got her guard way, way up. He’s proclaiming his love for her after knowing her for about three days. It feels a little false.

Plus, there’s a weird thread throughout the book about Milo, the lead-singer of the Axis, and his penchant for fat women, and how his concept album about his love for big women led to the break-up of the band. I never quite understood what that had to do with Karl’s love for Lena, who is fat and loved the Axis because of Milo’s appreciation for big women. I think they were supposed to connect in some way, but I never figured it out.

That’s why I longed for a few more pages, to give Karl and Lena some room to fall in love and let the reader see it, and to have Karl reflect on the Milo stuff.

Even so, I enjoyed this one quite a bit. The music stuff is aces. Karl and Lena talking about bands is a lot of fun to read. Karl’s own memories of being in a band is also great. And all the time-travel stuff? I ate it up with a spoon. I loved that there were consequences of their travel and seeing the past and the future with Karl and Lena.