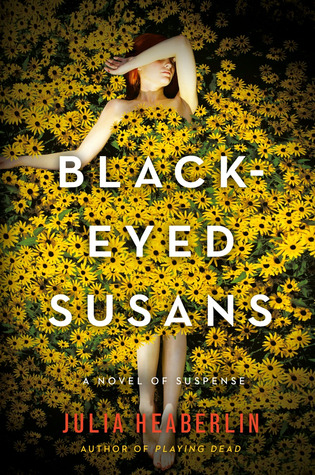 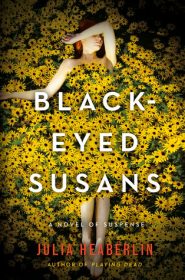 After reading Black-Eyed Susans by Julia Heaberlin I can see why these kinds of easy-to-digest thriller/mystery books appeal to so many people. These kinds of books are fun and entertaining and just engrossing enough that you want to finish it, but not so engrossing that you need to give up your entire life to finish (see: Elena Ferrante).

This is a cupcake of a book, delicious and insubstantial, which is okay. Right?

In this one, Tessa Cartwright is the sole survivor of a serial killer. When she was sixteen she was snatched off the streets of her Texas town and a few days later found with a pile of bones and decomposing bodies in a field of black-eyed susans.

Now, Tessa is a thirtysomething single mom to a teen daughter, and the man who was put away for the black-eyed susans crime is about to be put to death. Only thing is, a lot of people are pretty sure the man who was convicted was not the man who killed those women and hurt Tessa. She’s not too sure herself.

See, Tessa has been plagued by random patches of black-eyes susans cropping up under the windows of the houses she’s lived in ever since the conviction of the alleged killer. Also, she’s starting to get creepy mail from her ex-BFF, her teenage friend who helped her cope with the aftermath of the abduction and subsequent trial. A BFF who disappeared mysteriously shortly after the trial was over.

The book flits back and forth between the now, as Tessa, a do-gooder lawyer, and some forensic scientists try to get the man off, and the then — as teenage Tessa works with a psychologist and prosecutor to convict the man.

Along the way we learn about her friendship with that missing BFF, Lydia, Tessa’s parents, and her all-consuming obsession that “her monster” is back and about to capture her daughter.

The mystery is pretty engaging, even if you figure it out a before the ‘Aha!” moment. Some of the red herrings are super obvious, but not too annoying, which is the best you can ask for in most mysteries. A lot of times I read mysteries and I get angry because the narrator is purposefully and maddening coy. That’s the not the case here. Tessa is earnest and genuine, which makes following her case enjoyable. I’d say this is a decent way to spend a grey Sunday.