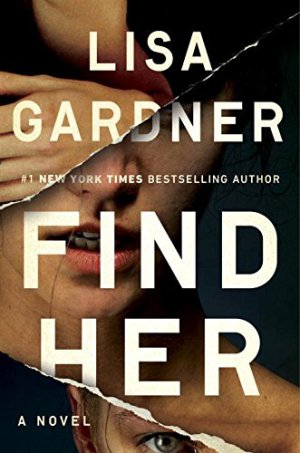 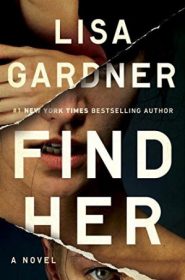 I like to read outside my wheelhouse to stay on top of different genres and to see if my tastes have changed. When it comes to Find Her, Lisa Gardner’s 8th Detective D. D. Warren novel, it’s not going to make me run to read more mysteries, but for those of you who like this stuff, this might be one for you.

Find Her goes back and forth between two perspectives that eventually converge. The novel starts out strong, and disturbingly, with a naked women confined in a small, wooden box. These sections of the book are written so well that you can feel how tight the box is, the lack of air, the helplessness, and the disgusting things that happen to this woman at the hands of a monster.

The story jumps back and forth between the woman in the box and D. D. who is investigating the death of a man killed by a woman he had tied up, but she was no ordinary woman. Many years ago, Flora was held captive for over a year, and now she’s on a quest. Obsessed with missing women cases, Flora turns vigilante and starts investigating on her own. When Flora goes missing, D. D. has to try to find her while piecing together what’s she’s been up to and what happened to her in the past.

I loved the fast pace of this book and the way the story jumps between these two perspectives, but the story of the woman in the box was much more intriguing. It was written well, suspenseful, and raised many questions, though it was very dark and hard for me to read at times. I have a hard time with the violence against women in some of these books so I fully admit that I skimmed some sections of this story. I suppose the violence in the story did fit with what was happening, but it’s frustrating to read.

But even with the violence, it was better than the portions of the book following D.D. Those were very dialogue heavy and lacked character development, but maybe that’s because I haven’t read other D. D. books? I don’t think one has to read those to enjoy this, but I’m guessing there’s more character development in previous stories that wasn’t repeated here that would’ve helped.

So overall, it was okay. It wasn’t awful, but it wasn’t great. If you like these detective stories I have a feeling you’ll love this one, but if you’re looking for something with more substance, go for Gillian Flynn instead.