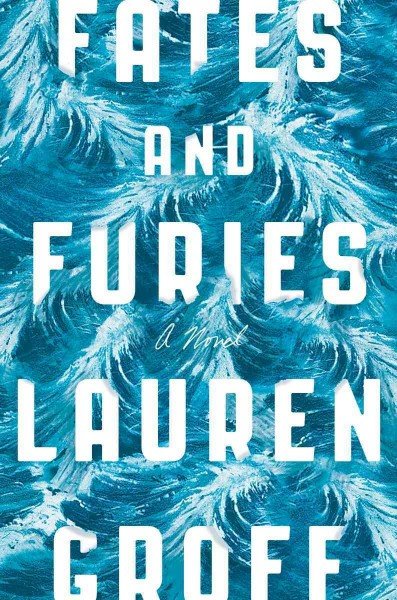 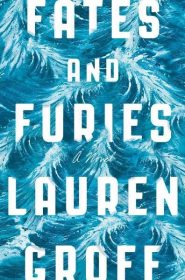 Funny story: Sometime in mid-December I published a list of the Top 5 books I’d read in the past year, which felt like a lie because I was up to my neck in Lauren Groff’s Fates and Furies and I knew-knew-knew it should be on my list but I wasn’t going to be done with it before my deadline and I’m rules-y (with some things).

So I fudged a bit.

I found a way to mention it in the introduction to my story and, quite cockily, said it would take a lot to knock it off my list. Like one of those “But it was all just a dream” cop outs.

Turns out I was only up to about my navel in Fates and Furies, and the next time I powered up my Kindle it was an entirely different voice from a different perspective and I was all “ohmygodwhathaveIdone. Stop the press.”

Groff’s story is a love story from two perspectives, one doe-eyed and gooey, the other also gooey, but more of the business side of love (I’ve almost said too much).

Lotto Satterwhite has a tragic childhood, a rebellious tween-hood, and then really comes into his own when he is shipped away to a far-flung boarding school. The zits dry up and all of a sudden he is the sun and the moon, an enigmatic character and an actor. He’s sleeping his way through the campus, giving equal time to all women and, more quietly, some men. He sees Mathilde at a party, this knockout who nobody really know-knows. He swims across a sea of partygoers and proposes and they’re married less than three weeks later. Monogamy ensues.

The first half of the book, told from Lotto’s perspective, is just a sensory explosion. Not just the honeymoon beach scene, but the first bullet-point event of his life and the absorption into a friend-group and then the sudden catapult to fame. It’s very romantic, bohemian, sexy. Even when the newness of this young love wears off, there is still groping and groaning and life-long lustiness.

The second half of the book is told from Mathilde’s perspective and has less of that love-story-for-the-ages feel. It’s like lifting the skin to see how everything beats and flows and completely ruining the magic of living. Clever, in theory. But Mathilde’s backstory is pretty bleak, okay, but Groff asks a bit too much of her readers. I’d already bent my brain enough to believe that drunk Lotto would turn out to be a brilliant playwright. I couldn’t do the same with How Mathilde Paid for College and the sudden series of reveals in the final pages. And all the peripheral characters who keep showing up. Huh?

So, what. It’s half great. And that half is really, really great. The rest of it needs commercial breaks.

Turns out I prefer Fate to Fury.