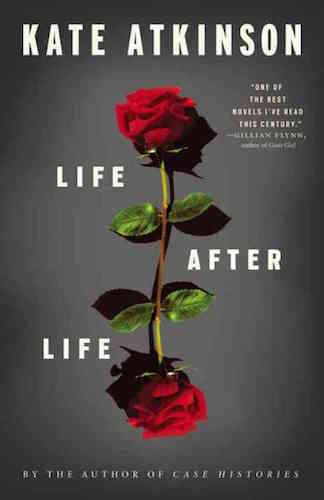 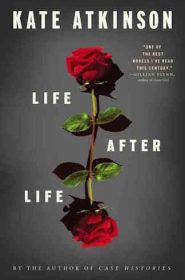 I just finished Life After Life by Kate Atkinson and now I’m sitting here saying, “So what? What was the point of that?” You’re forewarned: this contains a lot of spoilers.

Life After Life follows the many lives of Ursula Todd, and when I say “many” I mean many. Does she die 30 times? 40? Whatever the number, it’s a lot, and each time she dies she’s reborn on the same date (in February of 1910), to the same woman, who is married to the same man, who lives in the same house, with the same employees, and the same siblings. Little things change with each life she has, but she doesn’t really remember her past lives, though every now and then she gets an inkling that she shouldn’t do something, which of course is from a past life when something bad happened in that same situation. Very slowly she starts remembering things, but she’s not sure why she remembers them, and it’s not until the end of the book she realizes she can relive her life and potentially change things and she takes advantage of that.

But so what, because she’s always reborn. Even in the end, with the last death we see, she is again reborn in the same year with the same mother, etc. So what’s the big deal if she finally figures out that she can die and be reborn if nothing of consequence will ever happen with that?

I feel completely misled. There was no point here. There was really no overall plot. Each life she lives has a little plot you follow, but once that life is done the next begins, sometimes with a lot of repetition, but besides these little plots, what is the overall plot of this story? There isn’t one. Nothing this woman does will actually change anything in her world because she always begins again.

I am so annoyed that I read this whole thing expecting to find something and coming up empty. The sad thing is that I loved the beginning of this book. It is told interestingly, and it’s written well, but the longer she went on reliving lives, the more impatient I began to get. I kept waiting for rising action leading up to the Hitler incident, but it didn’t happen. When she finally realizes she can live again and kill him, she just does. There’s no looming action, it happens very quickly and then she’s born again. Boring. Utterly useless waste of my time.