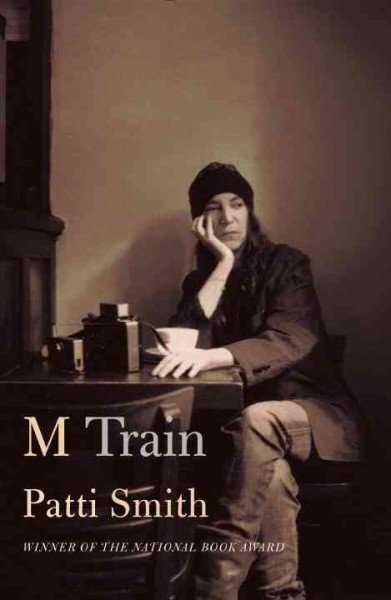 Wherein I dump a bunch of reviews into a single post in order to declutter the Unreviewed Lit Nook of my brain. 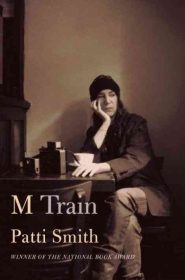 M Train by Patti Smith
This ain’t no Just Kids, Smith’s award-winner about her friend Robert Mapplethorpe, art and The Art Scene, but nothing really is. In this slim book, memoir-journal, we find a quiet woman not keen on being shaken from her daily. So she’s up at the crack of dawn. She’s draped in a hand-me-down coat. Community is her regular coffee shop, where she sometimes hides in the bathroom to wait out customers sitting at her favorite table. She’s tight with the staff who know how she is with coffee, toast, olive oil. She writes. She sketches. She chronicles her dreams of this cowboy figure who is always saying something poignant and remembers living in Detroit with her husband, Fred “Sonic” Smith, a big-dreaming musician who died in his 40s. And sometimes she holes up in a European hotel room to watch detective shows.

Huge fan of the minutia-of-my-day genre and this tops the charts. Smith drops what she’s reading (Murakami) and listening to (“It Might as Well Rain Until September” by Carole King) and I kept a little list.

At one point my bedmate turned said to me: “How does Patti Smith spend her days?” and I knew the exact answer 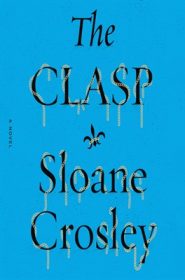 The Clasp by Sloane Crosley
Ugh. A group of college friends, sociopaths, meet up again for a fancy rain-soaked wedding in FancyLand and the group’s luckless misanthrope, I’ve forgotten his name already, stumbles drunkenly into the matriarch’s bedroom and gets a tour of her jewels (not a euphemism) and is told a story of a mysterious necklace that is so compelling that he takes his last nickels and heads to Europe to find this sure-thing bundle of gems. Meanwhile, his best gal pal from college who he’s desperate for, is also in Europe on assignment for the super famous jewelry designer she works for and she’s sharing a bed (there is a pillow barrier) with the far more successful third of their awkward threesome.

I had to quit at halftime because the plot kept taking me places my yawn didn’t want to go. Super annoying characters. Also: too co-inky-dinky for someone who was really struggling to suspend disbelief. 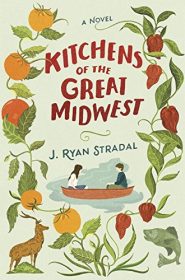 Kitchens of the Great Midwest by J. Ryan Stradal
Eva Thorvald is just a few months old when she dismantles a stand at the Farmer’s Market trying to get her gummy chompers on an heirloom tomato — thus fulfilling her so-great father’s wish of raising a foodie. Except he dies at the end of the first chapter, a moment that might make one slam the book shut and scream “Eff you, Mr. Stradal! I trusted you with my heart! Now unwrite that!” The novel unfolds as a series of short stories about the people on Eva’s periphery, including relatives who are in on The Big Lie about her parents.

This cute novel is placed firmly in the Midwest and pokes some gentle fun at denim-on-denim and also the current food trends, both the (fill-in-the-blank)-free culture and the people who create stylized food art complete with an index of ingredient sources. 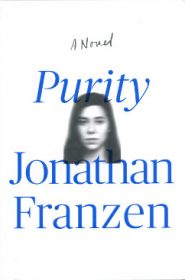 Purity by Jonathan Franzen
Oh, gah. I do love a Franzen, but this one started a little cue-the-clarinets madcap with our hero, Pip, entertaining a boy in the bedroom of the home where she is squatting with a not-so-mainstream mix (including one dude she’s hot for) while this peculiar German woman is trying to recruit her to be a part of something akin to Anonymous, which would mean moving to a commune far, far away from her mother — a mysterious woman who refuses to reveal anything about her past, including who the heck is Pip’s father.

But then things get on track.

In its best moments, this story was like sinking into a pool. It didn’t feel like reading as much as it felt like absorbing. There is a hungry journalist working for an online-only newspaper that specializes in investigative pieces, her sort of level-headed partner, and then there is the enigmatic leader of this Anonymous like group.

Then all of a sudden it all broke and I didn’t give a shit about any of it and, in fact, felt a little betrayed. Yes, betrayed. So there, Franzen. 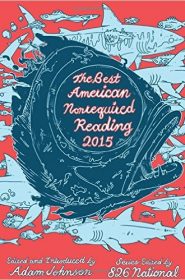 This. Was. Awesome. I’ll spare you any thoughts on anything specific, but I’ll say this: You should always read a collection where you start a piece with no idea whether you’re reading fiction or nonfiction. It is such a great feeling of being disoriented. Like waking up and having no idea what time it is. As for content: I read more than I skipped, so.