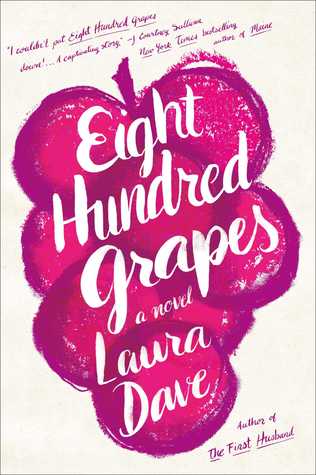 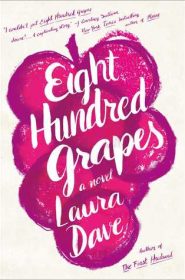 The self-centered main character is Georgia Ford and we meet her as she’s on the run from her wedding dress fitting because she found out that her fiance was hiding something from her. Instead of confronting the situation, she runs to her family’s vineyard where she also uncovers some of their secrets. Ignoring everyone else’s feelings, she thinks about herself and how this all affects her. Her biggest selfishness is in her unwillingness to allow her parents to sell their vineyard. Brushing off their reasons why it would be good for them, she thinks about herself and why she doesn’t want them to sell a vineyard that she hasn’t visited for years. She’s such a self-righteous bitch to everyone around her, claiming she knows how they should run their lives while hers is falling apart.

It’s okay to hate a main character, but then I need strong minor characters around them, which we don’t get here. All the other characters are so dull and vacant, only there to be punching bags to Georgia’s rants. There are odd flashback chapters with Georgia’s parents when they were young and buying the vineyard, which were probably there to try to give them a bigger voice, but they seemed so out of place. Those chapters carried me out of the story and they occur at such random times. Had they been every other chapter, or had those chapters showcased some motivations for what was happening in the current story, then maybe they would’ve worked, but they seemed extremely unnecessary.

The story here is also not that gripping. It’s terribly predictable and we’ve seen it before. A bride runs away, close to the wedding, back to a family she hasn’t seen in awhile, and there is drama with a competing business, and the man heading up that competing business is good looking, and there is conflict between the runaway bride and the businessman, but the conflict can also be seen as sexual tension, but he’s an enemy to the family and she can’t do it, yadda, yadda, yadda. You’ve read this story before.

And don’t even get me started about the writing. There are a lot of sentence fragments in this book, sorta like the one I just used. But there. Are a lot. Of them. I like a good sentence fragment and I use them from time to time, but she uses copious amounts of them. They are used frequently, in many places where there really doesn’t need to be that much of an emphasis. I couldn’t get used to this style of writing in a book that didn’t really call for it.

I don’t understand the praise this book is receiving. To be fair, I don’t read a lot of books in this genre, but I think I can tell a good one from a bad one. This is not a good one.