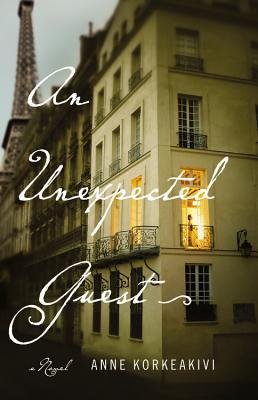 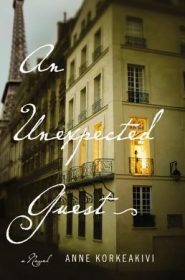 So much depends upon a reconfigured dinner party, now, at the last minute, to be hosted by the wife of a British diplomat believed to be up for an ambassadorship in Ireland, if. But, Ireland?! Clare Moorhouse has memories of the time she spent there as a college student — and we’re not talking archived video footage from spring break in Cabo.

Rather, the now purposefully beige protagonist at the center of Anne Korkeakivi’s novel An Unexpected Guest was, long ago, tangled in love, politics, and potentially. terrorism. She’s not sure it’s safe to go back.

But a wife’s gotta do.

All these years later, Clare is the meticulous keeper who handles the family’s behind-the-scenes — with the help of a staff and the staff’s relatives. Over the course of this book’s 24 hours, she must plan a menu befitting a biggie, placate a lippy chef, deal with the mysterious almost-expulsion of her youngest son from boarding school, do some mooning, buy flowers, write up place cards, and, hopefully, chill for a bit in the garden at the Rodin Museum.

The shades of Mrs. Dalloway are intentional.

Along the way, she encounters an older Turkish man who is bumbling his way to an appointment — the cliffhanger lead-in is actually the best scene in the book — and will later be accused of the assassination that is going to put a damper on the evening’s dinner convo. Providing an alibi for the old timer isn’t really on her to-do list though.

Maybe it’s the mention of Ireland, or maybe the dead are walking the streets of Paris. But throughout the day, Claire catches glimpses of her lost love Niall, the man who sent her into Ireland wrapped in enough cash to be mistaken for a preggo, and, subsequently, excluded from the invasive airport pat downs.

In Clare, Korkeakivi has written a calm, cool, collected exterior who is able to compartmentalize wife-of-diplomat, mother-of-a-troubled-teen and a past of elbow brushes with the IRA while staying on task and selecting choice asparagus and the best possible cheese for the circumstances. But it’s pretty tedious, the etiquette and the missed phone calls and the triage of tasks and these jarring flashbacks to a less structured, more passionate time when an imposing figure on a fence post could convince an American girl with an Irish last name to do his political dirty work. And when it gets to the AHA! moment, the AHA! is a little silly.