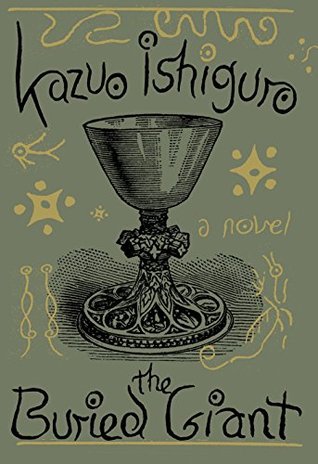 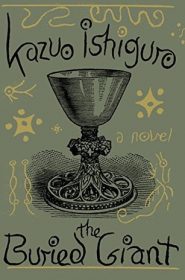 Kazuo Ishiguro’s The Buried Giant was one of those books that made me think, “Well, if there was a deeper meaning here, I didn’t get it.”

Just as I wasn’t sure I could fully appreciate Jenny Offill’s Dept. of Speculation because I’m not a woman, I wondered if The Buried Giant didn’t really sink in because I am not British. It seemed to me that a lot of it needed the context only a British person would have to really resonate.

On the surface, it is constructed like a fairy tale, with Axl and Beatrice, an elderly couple venturing across a post-Arthurian England with the nominal purpose of finding the village of their long-grown, long-absent son. For reasons that were never quite clear to me, they get pulled into a quest to kill a she-dragon. Along the way, they team up with a knight, a Saxon warrior, and a village boy with a secret. I don’t think the plot is really what’s important, but after awhile, I felt myself getting a little annoyed. It seemed like a plodding travelogue and even if they’re trying to illustrate something larger, fairy tales don’t really need to be 317 pages long.

The larger issue Ishiguro might have been trying to explore here is the ability of love to endure. A spell of forgetfulness has settled over his England, and so Axl and Beatrice struggle to know why they love one another (or even if they still do) when they can’t recall what has kept them together for so long. For me, this wasn’t really enough to keep the book going. Since Axl and Beatrice can’t remember their past, they’re very flat as characters. The fantasy setting also made them seem less relatable, like they were props constructed for the service of delivering a message and not identifiable people. (It doesn’t help that Axl calls Beatrice “princess” just about every other sentence. Man, that got really old.)

A lot of The Buried Giant is steeped in dark British history, with issues relating to Britons v. Saxons and the merit of war and what price should be paid for lasting contentment and unity. I wonder if British people would get some meaning out of this; it just didn’t get any traction with me.

I’m disappointed The Buried Giant had so little effect on me, because Ishiguro’s Never Let Me Go is one of my favorite books of all time. That novel felt inspired and genuinely thought through, while this one felt more like a writing exercise or something he came up with because his publisher call him up and said, “You know, it’s been awhile…”