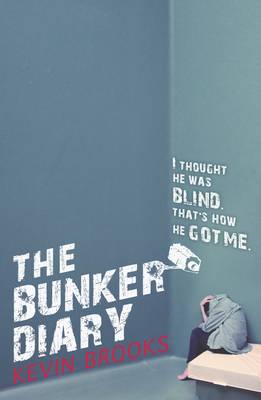 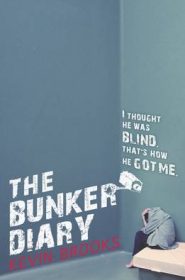 Linus, a 16-year-old living on the streets, is abducted and hidden in an underground bunker and The Bunker Diary is his terrifying story.

Linus’ story begins when he is taken by someone he thought was blind. He was drugged and awakes in a bunker with six bedrooms, a kitchen, a bathroom, and a freight elevator, the only way in and out of the bunker, a way that he does not control. But Linus isn’t alone for long. The other rooms are eventually filled with a little girl, an aging philosophy professor, a drug addict, a real estate agent, and a businessman.

None of them knows who abducted them and why, but they do know they’re being watched. The bunker is filled with cameras and microphones, so their every move is monitored, but they have no idea for what purpose. The more they try to figure it out, and try to escape, they are punished and even more confused. There are no answers in the bunker.

This confusion and fear is a constant in Linus’ diary and it was hard to put down. This grim story about a nameless, faceless psychopath and his prey was so cruel, chilling, and scarily realistic that I thought about it for days.

And to tell you why it haunted me for days will give away certain things, so just know that when I finished I kept turning the pages hoping there was more because it feels unfinished and yet also very finished by the end. It’s the sort of book you read where all your thoughts and assumptions of where things are headed get stomped at every turn. I love a book that keeps me guessing, and this one still has me guessing long after it’s finished.

One thing I can tell you for sure: you will fall in love with Linus as you read his diary. He’s a smart, damaged kid, a true hero to cheer for, and one that will stick with me. In his diary he has some flashbacks about his past which help shed light into why he ended up on the street and what led him to the bunker. He’s a great kid and he alone is well worth the read.

And you should read it, and after you finish (which will probably be in the same day), you’re going to need someone to talk to. I’m ready and waiting for you.