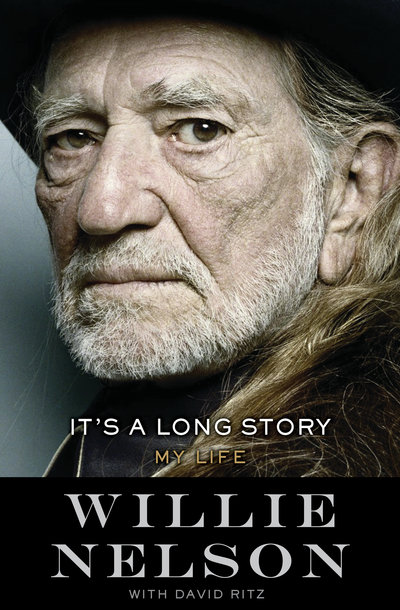 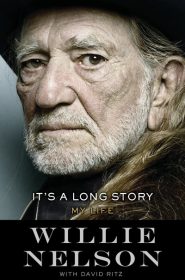 I’ve read a lot of music memoirs. A lot. From Jen Trynin to Linda Ronstadt and Jacob Slichter to Pete Townshend. If you ask me, I will tell you my all-time favorite musical memoir is Ann & Nancy’s Wilson’s Kicking & Dreaming. Kristen Hersh’s Rat Girl used to be number two, but now she’s been demoted to #3 by none other than the redheaded stranger himself, Willie Nelson.

Hooboy, did I fall fast and hard for Nelson’s It’s a Long Story: My Life. I’m a relative newcomer to the ways of Willie. For a long, long time I thought he was like absolute uncoolest thing ever. This opinion was forged sometimes in like 1986 when I was a total asshole teenager. I admitted, years ago, that I was wrong.

See, during one of my indie-rock fatigue phases I decided to delve into some country music. I had always loved Kenny Rogers, but I wanted to find the grittier, “realer” country. That’s when I stumbled onto Willie, and then spent three months listening to “Pancho & Lefty” on repeat.

“I loved duets because duets are a beautiful expression of friendship. They’re a way to have a musical conversation with a buddy.”

Didjaknow that Ray Charles was the first person to send Willie Nelson an email? He was.

This is what I like so much about Willie’s autobiography, it’s peppered through out with little bits of trivia about people I’ve heard of. Of course he spend a lot of time talking about people I’ve never heard of too, but it never feels name droppy. Maybe because the anecdotes are interesting. Maybe because the book is so full of heart and humor that you’re willing to let him get away with a little bit of friendly back-slapping.

I don’t know if the credit goes to Willie or his contributor David Ritz, but damn if the voice isn’t charming as hell. I listened to this one (not read by Willie, but by a sound-a-like), and the ‘aww shucks’ country boy thing is spot on.

What makes this one so good, as opposed to oh, Kim Gordon’s memoir, is that it’s funny and warm. Willie’s warmth shoots through every story he tells — even when he’s talking about the tax fiasco from the 90s or how he wasn’t the best, most-faithful husband ever.

Willie’s book is everything I look for a in a music memoir: trivia, a bit of gossip, stories of childhood, music, and humor. It’s all just so damn charming and fun.