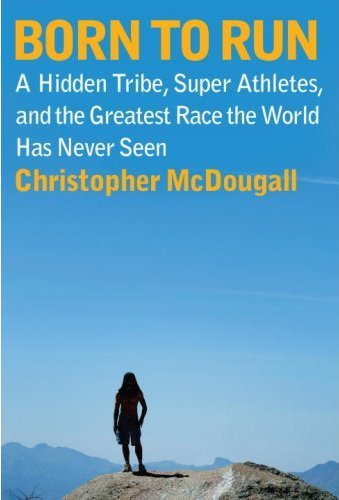 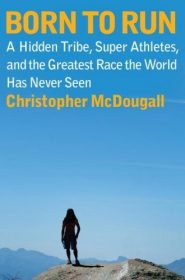 At some point in the past five years I stopped interviewing myself in my head when I run. I stopped practicing the words to describe my fictitious comeback, although “comeback” is the wrong word because there isn’t exactly a point of glory to return to. I’ve been a sprinter and a jumper, but the running-running, the distance stuff, has always been a way to train or something that I felt like I was supposed to do if I was me. So many of those miles contained full monologues directed at Sports Illustrated or ESPN. How I coaxed these old bones toward the Olympic lineup.

Anyway. I don’t do that anymore. At least, not like that.

My new inner interview with the sports rags is all about how the book Born to Run: A Hidden Tribe, Superathletes, and the Greatest Race the World has Never Seen by Christopher McDougall took a woman who vowed to never again run a marathon never-ever-never and made her think: “Hm. Maybe I’m meant to be an ultramarathon runner.”

(Translation for people who don’t give a rip about this junk: One time I ran 26.2 miles and said I’d never do it again but now I want to run like 100 miles — or, like, 30. All because of this damn book with a spine I’ve for so long ignored every time I walked past the bookshelf located outside our bathroom door.)

McDougall’s story starts with the hunt for a mysterious stranger named Caballo Blanco, a man rumored to have a wonderfully dramatic back story — which is why he’s gone off the grid to live near the Tarahumara, super runners who live in the Copper Canyons in Mexico. The people are known for their ability to effortless cover great distances while wearing negligible footwear. McDougall’s own running injuries have inspired the runner-journalist to investigate what they’re doing right. Blanco’s flight instinct is obvious when McDougall finds him until he realizes the writer might be able to help him, too. He wants to set up an amazing race pitting the best American distance runners against some of the Tarahumara.

Boom. Blanco is in luck. McDougall has the connections to help pull this off including a fast-track to Scott Jurek, the best ultra runner in all the land — and a Proctor-ite who ran at St. Scholastica, so.

This story goes on. The cobbling together of a group that includes Jurek, an annoying barefoot loyalist, McDougall and his running coach, and these wild card college students Jenn and Blake who party as hard as they run. (This, incidentally, is how I came to spend half a night investigating Jenn Shelton and ultimately following her on Instagram.) For the race, they travel to the kind of place where if you get lost you might run out of water and end up drinking sledge and getting giardia, best case scenario, but you’ll probably just die. If the dehydration don’t getchya, the drug lords will.

In between is McDougall’s case that a) humans are meant to run barefoot or close to it and b) humans were born distance runners who used to chase down their endurance-lacking prey and c) running should be fun and free-feeling and be done for the love of it and not to get something in return, like a finely toned keister.

So I love this book. One, I love this kind of literary journalism that takes me somewhere off my own map and teaches me something. I stopped about 100 times to tell my bed partner facts about, for instance, the Achilles Tendon. Two, the biggie, the descriptions of running make me want to run, my hair streaming behind me like a horse’s tail. So I tried it. I tried running for fun and getting into a groove and feeling good and forgetting about distances and time. And during a recent extra long run (for me), I really found the sweet spot at about Mile 5. I had to remind myself to slow down. And then I started imagining my shins caked with mud and the way a beer tastes afterward and that gritty feeling your skin gets when you sweat and sweat and sweat and I thought: “I think I want to run ultramarathons.”
And then, as I ran, I interviewed myself about how I came to be an ultramarathon runner. It all started with McDougall.