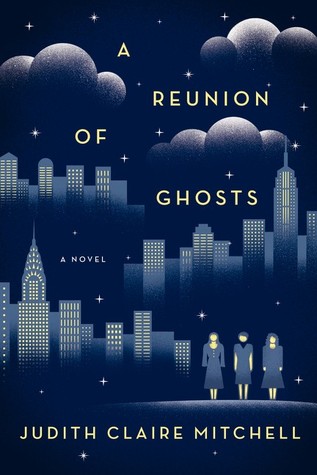 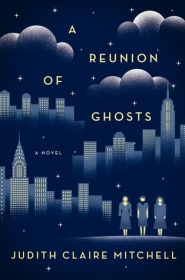 The Alter sisters are pretty sure they’re cursed, you know the whole thing about the sins of the father being passed down for a few generations? They’re pretty sure that’s a real thing and since they’ve got some granddads with a heaping helping of sins, a lifetime of bad luck, and a family history of suicide, Lady, Vee, and Delph decide this whole nonsense is going to end with them.

So as the new millennium approaches the women decide to shuffle off this mortal coil together, but not before penning an epic suicide note. That note is the novel A Reunion of Ghosts by Judith Claire Mitchell and it is stupendous. In it the sisters chronicle their own struggles with being human as well as the sins of those fathers, grandfathers, and grandmothers, aunts, and uncles who killed themselves before them.

This is a dark, dark book. Obviously. We got genocide, war crimes, a heaping helping of suicide, abandonment, alcoholism, mental illness — take your pick.

However, it’s also pretty funny. Lady, Vee, and Delph who write in the first person plural “we” are witty, sardonic, and prone to awful puns. They tell the story of their great-grandmother’s life and eventual suicide beautifully. Same with the story they tell of their grandfather.

They handle their own suicide with much more humor. Explaining that when they learned Vee was once again struck with cancer and this time with no hopes for survival, they were just gonna off themselves on New Year’s Eve 1999. Lady and Delph hadn’t been enjoying the most out of life anyway.

But don’t let their self-deprecation fool you. They are thoughtful, engaging women whose story is sad but shot through with a bit of hope, especially when a ghost from their past lands unexpectedly at their door during a hurricane and the sisters learn that maybe all those sins and curses might not be what they thought they were.

Bah! I really did enjoy reading this book. It’s one of those that kind of keeps you guessing until the end. And the less I say about that the better. But once you read the book we can totally talk about it because this is a book that demands talking about.