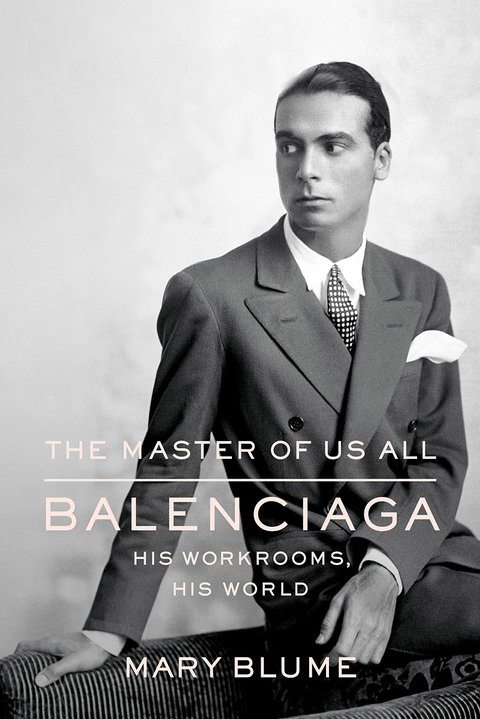 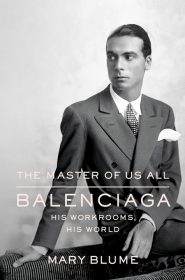 Cristobal Balenciaga was, by the account of his contemporaries, the best fashion designer of the last century. He was also notoriously private, nurturing an aura of mystery and shunning the concept of celebrity.

Mary Blume’s The Master of Us All: Balenciaga, His Workrooms, His World seemed appealing for its potential to explore and explain such an influential artist. After finishing it, I felt like it was more a play-by-play of his life and business that didn’t tell us much about the man himself — or, more importantly, his enduringly beautiful work.

To some extent, this may not be Blume’s fault. Balenciaga seems to have given one interview his entire career, and there are only something like two studio photographs of him in existence. Fashion journalism of the day didn’t seem too concerned with accuracy, and Balenciaga was so reclusive he supposedly watched his own fashion shows through a peephole in a curtain and refused to take the customary bow at the end of a collection. Clearly, Blume doesn’t have a lot to go on.

But “Master of Us All” suffers from my pet peeve about biographies. Because Blume can’t talk to her subject himself (he died in 1972), she gets distracted by what she can find. Much of this book is based on her interviews with one of Balenciaga’s favorite saleswomen, and so much of it becomes about her, rather than Balenciaga. Some contextual knowledge is necessary to understand who Balenciaga was, of course, but “Master Of Us All” gave me the impression that Blume couldn’t resist using little gems she found here and there, regardless of whether they fit, and that makes portions of the book feel scattered and tangential. I was also bothered by Blume’s tendency to repeat what appeared to be gossip, rumors or urban legends about Balenciaga without sufficiently qualifying or clearly identifying them as such.

Ultimately. “Master Of Us All” doesn’t penetrate Balenciaga’s carefully reinforced veil of privacy or illuminate the nature of his artistic talent. Who knows? Maybe that’s how Balenciaga would have wanted it.