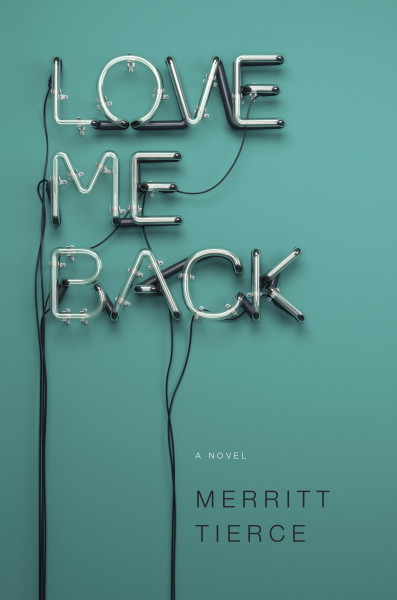 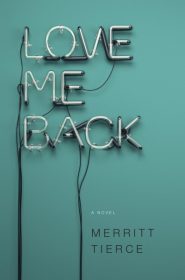 I don’t like books like this anymore, books where your protagonist should know better but doesn’t and so she goes around and around making the same shitty decisions and banging 30 coworkers or restaurant patrons in a very short period of time. Merritt Tierce is that kind of writer, the strong and capable kind whose sentences have been whittled down to all of the important, gut-kicking words. Unfortunately, other times she’s so entwined with her story that paragraphs with the minutia of restaurant-life, the inside baseball stuff, gets stacked for pages and pages. The rest of the time, she’s telling essentially the same story over and over with different characters. That story is: My name is Marie. I hate myself, so I did this to dull it and I did this to feel it in a different way.

Love Me Back is told in a nonlinear collection of short stories. Marie gets pregnant as a teenager and ends up married to the good-guy father. But she cheats on him and cheats on him until he’s unable to ignore it and then, feeling cast into an ill-fitting role, she leaves him with the young girl. She makes a living in restaurants — first Olive Garden then, later, an upscale steakhouse she refers to as The Restaurant. Along the way she bangs managers, co-workers, friends of co-workers, brothers, managers from different restaurants, and more. In her free time, she snorts and cuts and has gooey mom thoughts about the daughter she sees during her limited amount of custody.

I used to like this kind of book. I thought it was very romantic to hate yourself and treat people shitty — like you were guided by some sort of but-this-is-just-how-I-am-ness, shrug, I can’t help it.  Tierce’s Marie would fall into that category, as a woman seemingly unable to manage the job of self-care, but wholly capable of servicing strangers — both at The Restaurant, where she is considered “golden” and in the parking lot behind the restaurant. I don’t think it’s romantic anymore. I think it’s exhausting — especially in the case of this novel where she shows no real signs that she will ever be interested in yanking her boots free of the muck. Without a glimmer of change on the horizon, the stories begin to feel repetitious. Like, if Marie was your friend you would stand at your shared work station nodding along and wishing that if she planned on continuing to self-destruct, she would find some new ways to do it.

I can’t wait to read what Tierce writes next, though, and my hope upon hopes is that there isn’t a man or a restaurant or an orifice or a sharp instrument anywhere near it.