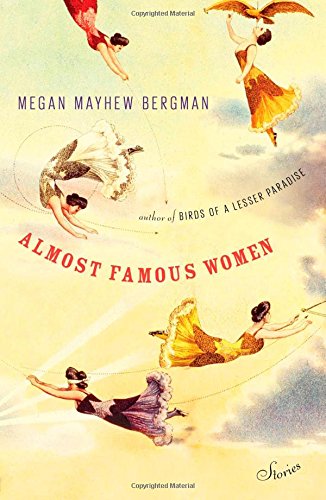 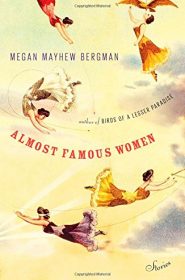 Almost Famous Women: Stories by Megan Mayhew Bergman is a really odd, interesting collection of short stories about women who had a small level of fame or who were very close to famous people. The stories are intimate, showing just a glimpse into a certain part of their lives, and often told from the perspective of those around them, but they all do have something in common: despair. Most of the stories are sad, somewhat depressing, which at first put credibility into this collection because we aren’t just shown the good times, but by the final story I longed for a happy ending that I never got.

What I did get was a collection of interesting women, some that I want to read more about. For instance, have you heard of Joe Carstairs, a Standard Oil heiress who was openly gay and had relationships with famous Hollywood vixens, all while being kind of a bitch? Her Wikipedia profile even lists Greta Garbo and Marlene Dietrich as some of her conquests. I don’t know if this is true, but her story, told from the perspective of a showgirl in love with her, was fascinating and heartbreaking at the same time and I want to know more about her and those around her.

But there were other compelling women in this collection, like the conjoined twins who worked in vaudeville and whose love lives were tabloid fodder for a little while. Or Edna St. Vincent Millay’s jealous sister Norma. And, wow, did Lord Byron have a hellion of a daughter named Allegra.

Now these stories are fiction, so when I say Joe Carstairs was a bitch, she may not have been in real life, but in her story she certainly was, at least she was to the showgirl in love with her. But after almost every story I read, I researched these women and I think Bergman may not be far off. Sure, we only get a short glimpse into their lives in these tales, but their personalities in these stories may be closer to reality than we know.

So is this collection going to make you love these women? Far from it. Some of them are awful and some you will sympathize with. And are you going to be happy after you read it? Probably not. Though the stories are written well, and you get great insight into the lives of these women, so your happiness may come from that. And for the writing, I’d recommend it. It is a well-written compilation of some not-so-famous women who are undoubtedly being Googled a lot more thanks to this collection.