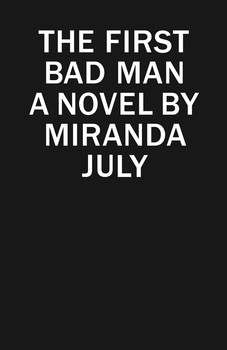 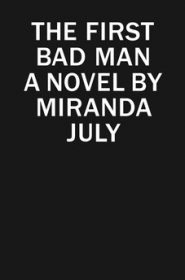 Typically when I don’t like a buzz book I delight in mocking word choices and flimsy chapters or the thin line separating the novel’s plot and the author’s bio. The book becomes a contender for worst-of-the-year and I quietly, okay not-so quietly, dare someone, anyone to write something worse.

When I don’t like a book by Miranda July, my second inclination is to assume that there must be something wrong with me.

I adore Miranda July The Artist and all the weird shit that brews behind those slightly alarmed-looking eyes. I was with her that time she did that social experiment involving the Penny Saver and I was with her when she made the movie that included a talking cat. I downloaded her app (until I needed the storage space) and I subscribed to the Email Project.

But sometimes I’ll just be walking along and I’ll think of the short story from her collection No One Belongs Here More Than You that starred a woman who taught land-based swimming lessons in her living room and I’ll kind of shake my head because that one still doesn’t make sense and even kind of bugs me.

In July’s novel The First Bad Man</em>, Cheryl is a socially awkward 40-something who works at a non-profit that has recently rebranded its self-defense how-tos as fitness videos. She quietly pines over a 60-something board member who is always saying asshole-y things to her, which she assumes is done in an ironic way. She’s honed her home life to a smoothly-run operation built around the optimization of her every movement. She understands that if things get lax, if dishes pile up, it’s the fast track to depression which ends with peeing in mason jars.

Phillip, the board member, seems to be returning her affections, but really he is just warming her up to confess that he has fallen in love with an underaged girl but that he hasn’t yet consummated the relationship and he won’t — unless Cheryl gives the okay. As he waits for her to decide, he sends her status updates on the sexual side of things: The girl has been rubbed through the jeans. She’s held his stiff member. That sort of thing.

Meanwhile, Cheryl ends up sharing her home with Clee — her boss’ big blonde daughter who is supposed to be looking for work in Los Angeles. Things are a bit contemptuous on the Clee-to-Cheryl front, and eventually the former is waging physical attacks on the latter — which Cheryl combats by turning these go-rounds into reenactments of the Open Palm video series. Then it starts to get pant-y between them — though Clee’s foot odor is a bit of a bonerkiller.

Through all of this is a situation with a therapist who plays a receptionist as a twice yearly bit of role playing, and Cheryl is drawn to certain babies who speak to her on a cellular level. And there are the regular texts from Phillip, which she uses in her super rich fantasy life.

At first I was ambivalent. I’d moved past caressing the cover and dug in deep to find that. . . well, it wasn’t screaming to me every time I set it aside. Then I actively hated it for a while. This ugly period faded and I had a sort of, kind of renewed interest that morphed into something along the lines of This is a Book with Words in it That I am Reading For Now. The End.

In the meantime, everybody is loving this book. Lena Dunham posted a photo of herself holding a copy and she credited July with being “fresh.” The New York Times likes it, though the reviewer sounds like she’s trying to convince herself along with Book Review readers, Boston Globe, AV Club, etc. To not like this book feels like an inadvertent admission of a character flaw. The opposite of a humble brag. It’s not July; It’s me.

Writing about this book and talking about it with other readers has made me question my own judgement. It sounds funny. You’re right Lena, it does sound fresh! There are great lines, there are interesting ideas about relationships and the characters are truly unique. It is, I believe, even pretty funny.

The problem: It’s not fun to read. The characters’ actions are nonsensical. The plot twists aren’t compelling. When a character gobbles at her placenta like it’s leftover spaghetti I rolled my eyes so hard I almost pulled a forehead vein.

I’ve defended July against this in the past, but this time it’s true: Quirky for quirky’s sake. The worst kind of quirky. I just didn’t like it.