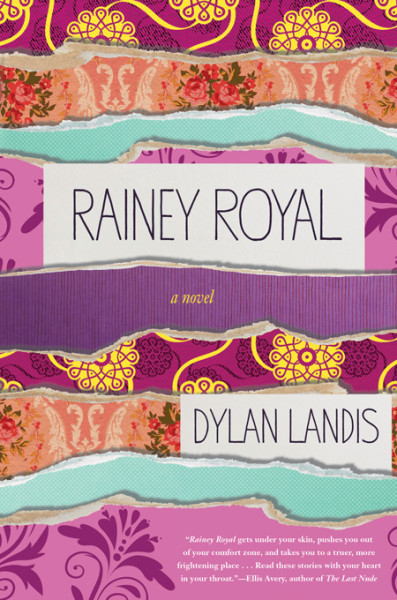 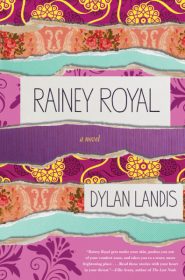 But these girls are wild cards, so who knows? Earlier scenes find the duo using a series of teeth licking gestures, position shifts, and practiced looks to sexually intimidate a school’s worth of citizens — including their teachers. There is Leah, who could be beautiful with the right French braid, so should they run cruel initiation on her or dress her in a sheer top and parade her past bug-eyed sickos? Or there is a certain teacher at the school who must be dating a certain other teacher and Rainey practices her evil mojo on both.

So, when writer Dylan Landis directs these two girls to this to-rob-or-not-to-rob situation, it is impossible to know what could happen. They’re sexy wild cards, completely unpredictable, and Rainey Royal, seemingly, is without a basic comprehension of the cause-effect relationship. You’d misdiagnose her as a sociopath if you didn’t know her home life was a completely awesome clusterfuck hosted by two heavies from the NYC jazz scene. Either way, a reader is right to feel a little green in the belly and to maybe stop breathing for a few pages.

Rainey Royal is set in a gigantic house furnished with expensive things in Greenwich Village in the 1970s. Rainy Royal’s father is a jazz icon-slash-commune leader who takes in all sorts of irregularly talented buskers and the like. These acolytes, as they’re called, come and go and sleep with Howard and sometimes crash on the floor of Rainey’s Bubbalicious-pink bedroom.

Howard’s best friend Gordy lives there, too, and until Rainey’s mom Linda lit out for an ashram in Colorado, the maternal figure was not-at-all secretly bed-hopping between both men’s rooms in a situation she compares to a grown-up sleepover. Gordy, anyway, is a pedophile who makes his way into Rainey’s room every night so he can caress her hair or give her a backrub that, basically, makes her question the line between back and side boob. And does Howard know about this? Shrug. Probably. When Rainey is later raped by one of her father’s horn players, he dismisses it by proclaiming the kid is a genius and suggesting that Rainey must have used a nonverbal cue to indicate it was okay. Anyway, he’s been feeding her a daily dose of birth control for years.

Meanwhile, Rainey is an artist, the only thing that really centers her. At first she’s failing this or that, but accumulating a series of amazing sketches. Later, she becomes a sort of tapestry wizard who collects the important artifacts of the dead and creates these lush biographical quilts decorated with cufflinks, portraits, letters, favorite clothing fabrics, and pearls. In a later scene, after Rainey is done tormenting squares, this lands her in a situation where she plays the role of a memory for an 80-year-old man while fashioning something from his dead wife’s things.

This book is intense — for a while. It’s terrifying to watch what girls with this much power will do with it; It’s terrifying to watch what happens in a home where a girl has nothing to keep anyone out of her bedroom. But then it just sort of peters. In the latter half of the book, Lisa and Tina voice a few of the chapters, which makes everything a little disjointed. Neither is very fully realized — although, apparently these characters exist in Landis’s earlier work, so maybe they are more precisely drawn there — and Rainey comes to seem pretty flat , especially compared to the first screen grabs of the girl.

Still, more than half the book is super-charged and powerful and features a truly unique cast in unusual circumstances. And, somehow, wound up in all that intensity are these touches of dark humor. Yow.