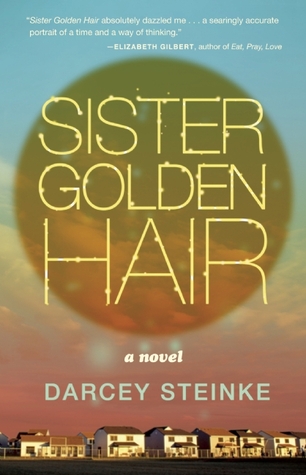 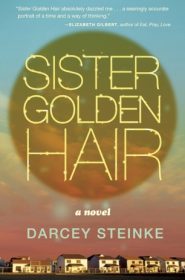 I’ve read enough Darcey Steinke that parts of this felt familiar: The Instagram filter backdrop, the religious figure of a father, the voice of the narrator — a young, curious girl with her own shade of humor. This one uses familiar ingredients to create something new, fun, and nostalgia-inducing.

Steinke’s coming-of-age novel Sister Golden Hair is a delicious collection of stories about Jesse, a young girl growing up in an apartment complex in suburban Virginia. It’s a place where it’s cool to walk along the highway to the mall, say. Her former minister father uses a sort of yoga-style evolution to continually shift to a new religious position. Her deeply dissatisfied mother finds a friend and damn-near crushes the woman. Her brother is constantly playing and Jesse is negotiating the politics of what it means to be, simultaneously, this specific girl in the 1970s and all specific girls ever.

Jesse’s story is broken into chapters starring a singular friend or neighbor — a woman who plays a major role in the featured character’s development. Her first attraction is to a woman living in the complex who has a young son. She spends her days tanning and her nights out with her married boyfriend. This is all very sexy and glamorous to Jesse, and sometimes both women seem to forget that she’s the babysitter and a beer fetcher, maybe not a confidante.

There is a queen bee classmate who falls from her place in the hierarchy when it’s revealed that her father is gay. Sheila turns their friendship into a sort of S&M sitch that lands Jesse sitting in Sheila’s closet waiting for her next move. In the meantime, the two are honing their Playboy bunny skills to impress Sheila’s mother’s boyfriend, a major bunny hound. There is also Jill, whose mother stops coming home and learns to subsist on the foods Jesse steals from the family pantry.

Along the way are all sorts of David Cassidy and Cher references and the lifestyle choices that didn’t retain popularity into the next millenium. It’s the kind of period piece that makes you want to consider all the Cindys and Jennifers of your own life who modeled what it looked like to be a girl.