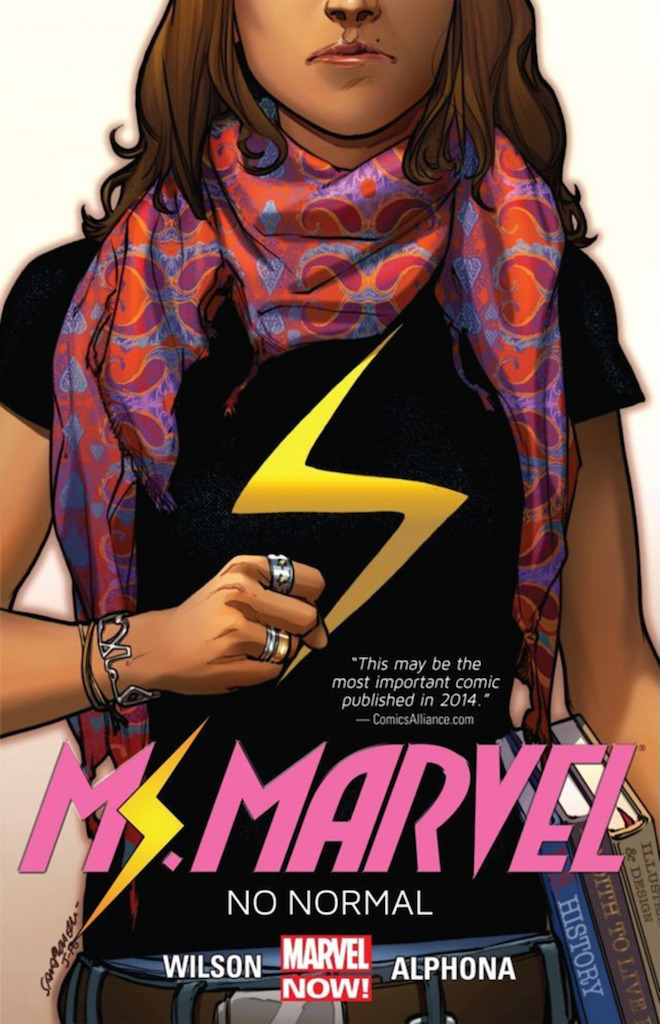 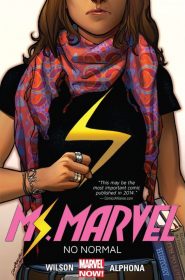 We need more books like Ms. Marvel Vol 1: No Normal by G. Willow Wilson. Ms. Marvel is a new superhero, the first Muslim superhero to head up her own comic.

Ms. Marvel is actually Kamala Khan, an ordinary somewhat dorky teenager from Jersey City. She’s got overprotective parents and a brother who spends more of his time praying than looking for jobs, which annoys his father. Sneaking out to attend a party Kamala runs into more than she expects when she is graced with superpowers. With the help of some of her friends, including an adorably geeky boy who has a crush on her, she’ll learn how she can use the powers for good.

One really great thing about this is that Kamala is Muslim and it’s not a big deal. We hear about certain customs her family does and her friend starts wearing a hijab, but it’s not what drives this story, which it often is. Here we get a glimpse of a pretty normal family and the day-to-day life of a teenager, who just happens to be Muslim…and a superhero.

And while I don’t read a lot of superhero comics (the references to Captain Marvel were lost on me), I thought this was a great. We see how she gets her powers, how she struggles with how to use them, the missteps she makes, and the group of characters surrounding her who will follow and help her on this journey. This was a great start to this new superhero and I can’t wait to read more.