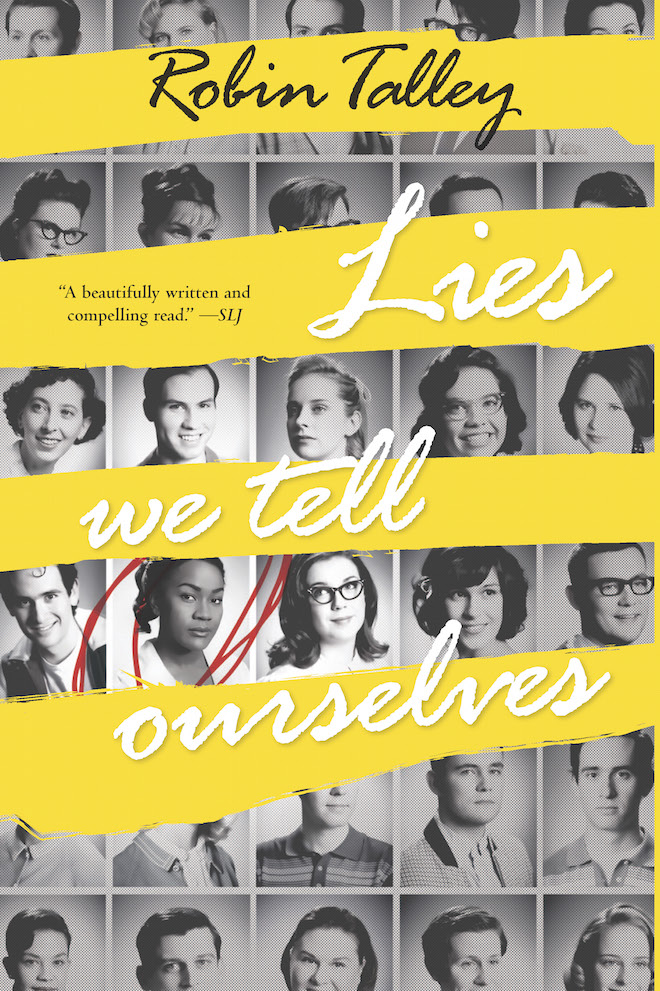 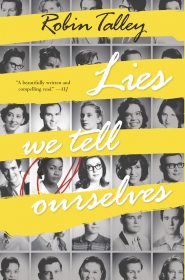 There’s no doubt about it, Lies We Tell Ourselves by Robin Talley is a tough read. Transporting us back to segregation-era Virginia where a handful of black students are the first to enter a white school, we are told the story from the perspective of two students – Sarah, an intelligent black student entering her senior year, and Linda, a white, racist idiot.

First, let’s start off with what I liked about this book: Sarah. Sarah was the top of her class at her old school, and she and her sister are the daughters of parents steeped in the civil rights movement, so in her last year of school she and her sister are amongst a handful of black students brave enough to enter a white school. And when I say “brave,” I mean it. This novel begins as they are entering the white school amidst screams of “nigger” and “go home” and rocks thrown at their heads. It’s absolutely brutal and it doesn’t stop once they enter the building. The majority of students and staff make every moment in that school one where Sarah fears for her life. What she endures would be enough for anyone to want to either run screaming or fight back, neither of which Sarah can do. This inside look at the desegregation of schools through Sarah’s eyes is really fabulous, and with the amount of research the author did (which is highlighted at the end of the book), this also feels quite real.

Where this book goes off the rails for me is with Linda, or more specifically with the so-called romance that occurs between Linda and Sarah.

Linda is a white, privileged girl who is the daughter of the town’s newspaper editor, a newspaper that has been solidly and vocally against desegregation. Linda’s thoughts and words often echo her father’s, and when Sarah gets put into Linda’s remedial courses (even though Sarah belongs nowhere near a remedial course) and they are paired together for an assignment, we see a debate between the two of them. As they work through the assignment they often debate segregation, with Linda believing the races should not mix. Linda does slowly start to question what she thinks, which is what we’re hoping for as we read the book, but what makes it annoying is that she’s questioning it only for Sarah. She views Sarah as some sort of “other,” someone who is clearly not white, but who isn’t like the other colored people either. She’s magically different, so Sarah should be allowed in, but only Sarah.

This is the problem with the romance. Here we have a Stockholm Syndrome-esque situation where Sarah, who is far better than Linda on every level, starts falling for her, even though Linda still says such awful things about black people. Linda is straight up racist. She’s nowhere near as progressive and intelligent as Sarah. There is zero reason for Sarah to fall in love with Linda. Zero. The look at school desegregation here is terrific, but the romance is thin and not worthy of the rest of the book.