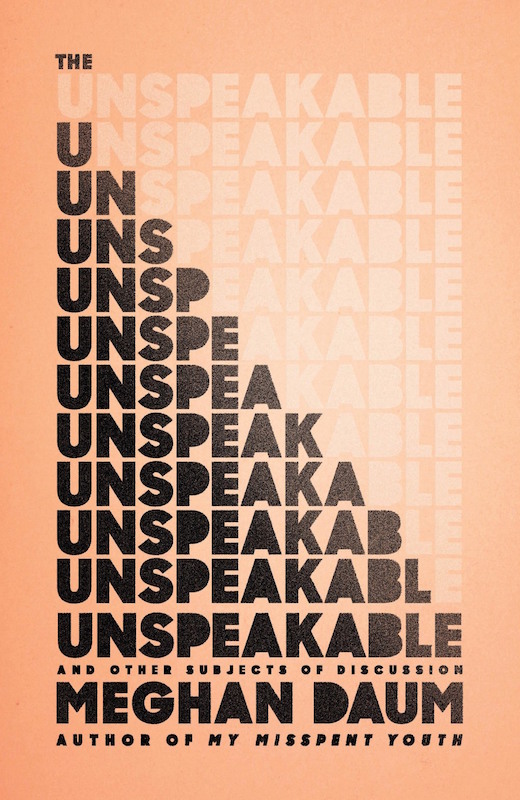 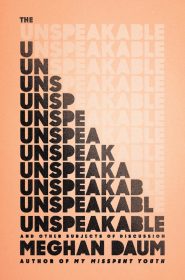 Some time after college I read an essay in The New Yorker that so resonated with me, that I actually carried it around for a while and pushed it into people’s faces. It seemed like if they just read it, they would know me — really know me — better than if they’d flipped through my photo album, critiqued my CDs, or listened to me go on and on and on about myself. It was by Meghan Daum, then a young writer who had moved to New York City after college and was living the life she envisioned for herself — while sliding deeper and deeper into debt. I’d long had a subscription to The New Yorker, one of my professors in college insisted, but this was the first time I’d read something from the magazine, well, in its entirety.

It was accessible, honest, and just the right amount of funny. Meghan Daum wasn’t me. I was living in my hometown in a shitty apartment complex near Target that I, a non-swimmer, had picked because it had a pool. I was a part-time sportswriter and the editorial assistant behind a non-profit’s quarterly newsletter. My debt came from opting for an expensive college that looked a lot like my high school, unresolved dealings with Columbia House, and the ease with which I collected parking tickets. It was further from NYC than geography would indicate. But there was something about the piece — the compatibility of our bad ideas, the voice — that seemed like alternate-universe me. It was the life I would have had if, maybe, I’d been on an airplane before I was 19 or if I hadn’t lived in constant fear of missing curfew. It wasn’t just some sort of lifestyle envy, I just really felt like this could have been me or at least a close friend.

Her first book of essays, My Misspent Youth, hip-checked a bunch of old white men and blue hairs and remains one of my Top 5 Favorite Books of All Time. In the past decade plus she’s written a piece of not-quite fiction about a woman who leaves NYC, wanders west, and starts a new life in Nebraska. The romantic lead is played by a man in flannel and, honestly, it’s really not that great. Daum returned to non-fiction, her forte, with a book about her Los Angeles house hunt. It’s an unlikely topic for an entire book. I have to believe it didn’t land in a lot of TBR piles, which is frankly a shame. It’s great.

This is all just to say that I’ll always read Meghan Daum, but I never expected to get side-swiped like I did that first time. Her latest essay collection, Unspeakable and Other Subjects of Discussion is this perfect decade-plus follow-up to My Misspent Youth. Where the first book had an entire essay on the shittiness of carpeting, this one opens with the death of Daum’s mother and the nonevent of her final breath. Daum is still super authentic, super honest, and super funny — but her topics are a bit weightier. Death (her mother’s and her own near-death experience), not your mommy blogger’s miscarriage, meeting her idol Joni Mitchell (and then having it translate poorly in the pages of the Los Angeles Times). It’s fantastic. It’s like that time that Jay McInerney wrote a sequel to Brightness Falls like 12 years later and then aged his characters the appropriate amount of years.

You always expect your favorite writers to knock your socks off — and sometimes they do — but this was beyond. “Unspeakable” was probably my favorite thing I read in 2014.