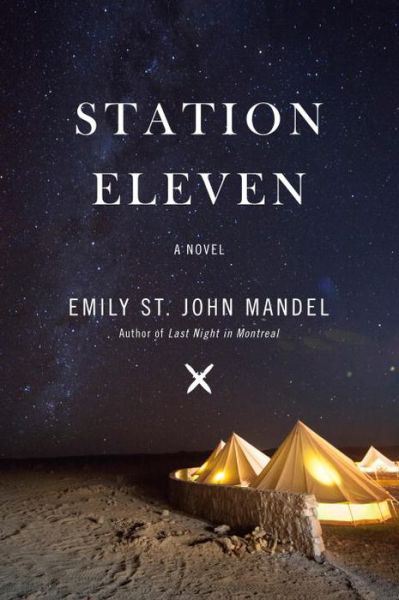 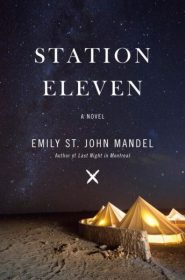 Emily St. John Mandel’s Station Eleven a post-apocalyptic tale of a theatre troupe is a much-beloved National Book Award Finalist that seems to make people incoherent with swoony love. However, I don’t get the adoration. And it’s probably me. Unless it’s Y: The Last Man, the apocalypse kind of bores the daylights out of me.

I get caught up in the whys and the why nots of the post-apocalyptic world. In Mandel’s most of Earth’s population is wiped out by something called the Georgia Flu it moves quickly and as the population is wiped out so, apparently, is every single person who can possibly keep electricity running and computers going. I’m not sure why our basic infrastructure crumbles, but it does. In the wake of the pandemic people form small communities inside abandoned airports, gas stations, and fast food joints. I’m not sure why they abandoned houses and such, but apparently they did.

What they don’t abandon is, of course, Shakespeare, because art will survive.

The novel focuses on a band of nomadic actors and musicians who travel around Lake Michigan performing for survivors. Why they didn’t head south or west is beyond me. Winter must be brutal as fuck without heat, electricity, consistent shelter. This isn’t really explained.

It also focuses on Arthur Leander who dies of heart attack on stage as King Lear the night the pandemic starts. The chapters kind of flip-flop between post-pandemic theatre troupe featuring Kirsten, who was a child actor in the same production as Arthur when he died, and Arthur’s life.

The tie between these two storylines seemed tenuous to me. The people we follow after the pandemic are connected to Arthur and his wives, but, man, I don’t know. It was kind of fun whenever something about Arthur popped up, but I didn’t feel enough for him to be truly delighted.

Mainly this book seemed to lack dramatic tension. Even after society collapses, the theatre troupe seems to get around without too much problem. Apparently there is some danger and Kirsten, our narrator, has had to kill before, but still, there doesn’t seem to be much peril to anyone. There’s a bit of a mystery that pops up about 3/4 of the way through the book but it is pretty quickly and tidily resolved.

This one did not much for me. It was fine. I guess. I mean it was better than watching “Friends” re-runs, but not as good as watching old episodes of “Buffy the Vampire Slayer.” It was only okay in my estimation, with a little bit of really, really?

For instance, there is much made of getting tattoos once you’ve killed someone. Kirsten is very adamant about this, which I found strange considering the lack of medicine and sanitation and all that. In a world where people die of infected cuts, why risk it? Also, what is tattooing like in a world without electricity. I was kind of curious about that, but that went unanswered.

This one, to me, is a not-very-enthusiastic shrug.