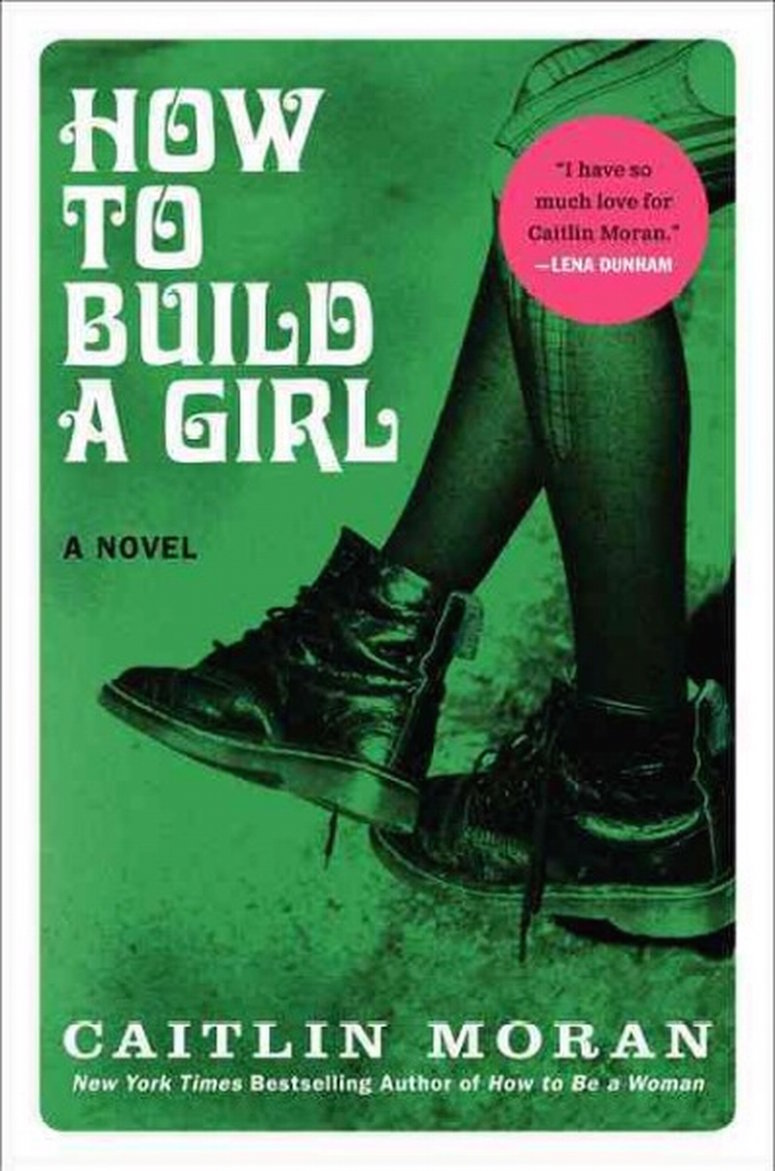 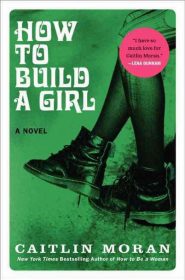 Up until my friend Kurtis read a NY Times review of How to Build a Girl, I had successfully avoided the work of Caitlin Moran. I’d heard a lot of buzz about her book How to be a Woman and an equal amount of buzz about how her feminism isn’t exactly intersectional.

But my friend Kurtis read that review and said they might as well have called this one “book for Jodi.” And he’s right. The synopsis of this book is so far in my wheelhouse that we could spend Sunday nights cuddling on the couch and watching re-runs of Buffy.

Chubby, poor 90s teen Johanna Morrigan reinvents herself as dazzling and dangerous music journalist Dolly Wild. Hilarity and heartbreak ensue. Of course I had to read it.

So she invents Dolly Wilde, becomes obsessed with music, and lands herself a recurring gig as a reviewer for Disc & Music Echo. Because she is a socially awkward teen Johanna lubricates herself with alcohol and cigarettes and acts the way she things wild(e) rock & roll reviewers act. It is hilarious and awful and awkward, wand wonderful for the reader. She brings a bottle of Mad Dog 20/20 to the D&ME office and I wanted to die for her.

There isn’t a lot of plot or story to this one, it’s pretty episodic with Johanna madcapping her way through various situations both personal and professional. I guess, this losing of dole money is supposed to be some sort of underlying thread, but Johanna’s family who looms large in the first part of the book, disappear for a good chunk of it only to return in the end.

I had two pretty big problems with this one.

First, it feels like two or three books jammed together and they don’t sit side by side in perfect harmony. We have the family situation and we have Johanna trying to figure out what kind of girl she is in the London music scene situation. Oh, did I mention that he dad is a failed musician keen on getting his big break? He is. The fact that the family disappears for a good chunk of the is proof the two stories aren’t jiving well together.

Second, while Moran is a wonderful writer, both funny and poignant, I don’t know if she’s such a good novelist. The story is told in the present tense though grown-up “Johanna” often interjects herself into the present tense narrative. “Years later this all works out,” she’ll say. After emotionally significant moments, we’re treated to what can only be adult Johanna’s thoughts on the topic at hand: sex, music, feminism, fandom, what have you. These are little mini-essays that can only come from someone with much more life experience than our teen protagonist. While they’re nicely-written, smart, etc. it just feels like, well, an essay jammed into the middle of a novel and not part of the story at hand.

It’s a damn shame too, because Johanna is a character who deserves a better book and her own story that doesn’t so closely mimic the author’s actual life. And it’s a double damn shame because Moran is a great writer, I can see why she has legions of fans, but this one which had the potential to be fantastic was just sort of okay.