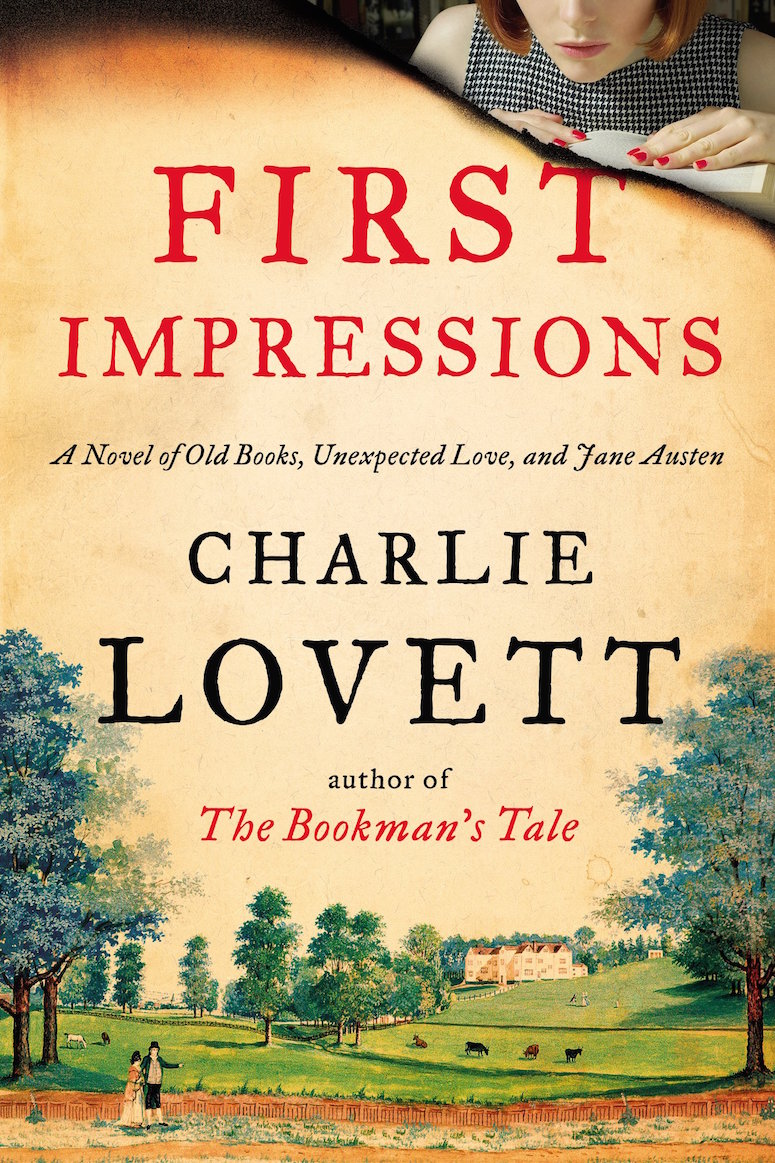 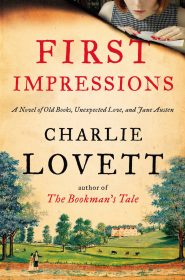 When books are set in present day, with characters who are recent college grads, and there are no computers, texting, and other staples from the lives of twenty-somethings, I have a hard time getting into the book. This was just one of the issues I had with Charlie Lovett’s First Impressions: A Novel of Old Books, Unexpected Love, and Jane Austen.

First Impressions is two stories told in alternating chapters. The story set in the present day is about Sophie, a recent grad whose favorite uncle just died. Sophie and her uncle shared the same passion for rare books and not long after he dies Sophie becomes entangled in a mystery surrounding a rare book that may be connected to her uncle’s death.

The second story is about Jane Austen and how she wrote some of her novels, most importantly Pride & Prejudice. Here Lovett invents a fictional preacher Austen had a relationship with, and their tale correlates to the rare book Sophie finds.

Sophie’s story may as well have been placed in the same time as Austen’s, because when the novel begins, modern conveniences are nowhere to be found. Sophie starts a correspondence with a man she meets briefly before leaving college, and their correspondence is all in letters. Talk to any twenty-something and ask them if they have correspondences through just letters. It’s almost unheard of. Texting and cell phones suddenly do appear at the end of the novel, when they are convenient, but before then it’s as if they haven’t been invented.

But it wasn’t just their 1980s technology that drove me crazy. It was also the fact that almost all of Sophie’s story takes place in conversations. It’s either Sophie talking to her sister, a couple men looking for a rare book, the letter boy or her family. There wasn’t much character development, unless you call Sophie being completely ignorant character development. It also didn’t allow for character development of anyone else. I don’t even remember her sister’s name and the men in the book are either perfect or evil, but none are perfectly evil.

The Jane Austen part of the book also has its faults, but they don’t lie with technology. I think Lovett’s better at writing historical pieces than contemporary in that respect, but the character development still wasn’t the best. Austen starts a friendship with an elderly preacher and she shares beginning drafts of her novels with him. I could buy that she’d share work with someone, but when the friendship started to turn to love, I was not on board. He’s old. The differences in their ages appeared to be quite large, and while people say age doesn’t matter, when you’re a young woman and you start a friendship with a man close to retirement, that’s hard to buy into unless there is more than what Lovett gives us with these two.

The idea of this book isn’t a bad one, but it fails on execution for me.