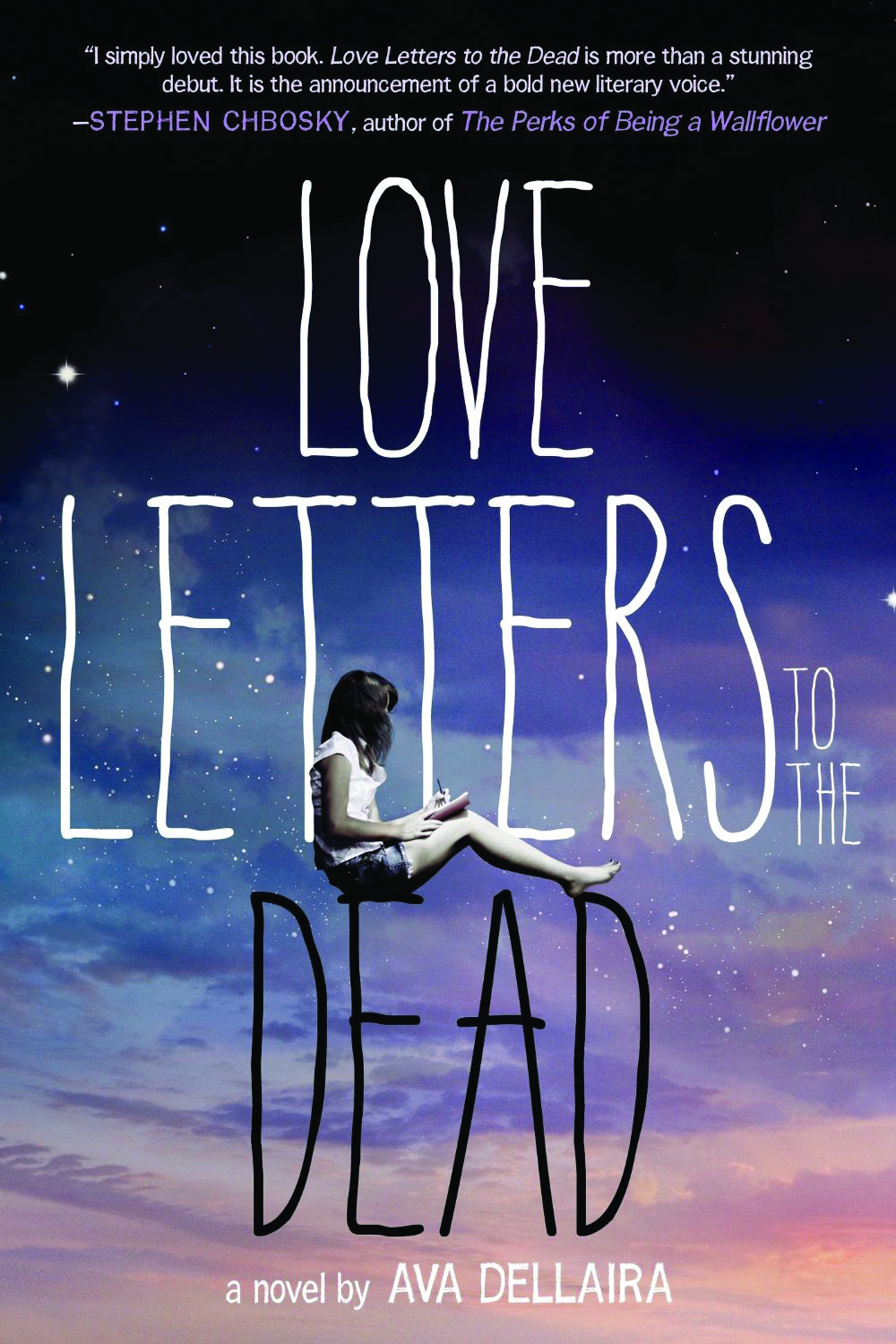 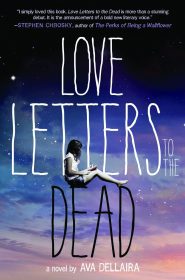 Epistolary novels are my genre kryptonite. I find them hard to resist and even harder to quit even when the going is not so great. This is the only reason I can give for finishing Ava Dellaira’s young-adult novel Love Letters to the Dead.

The dead in this case range from Kurt Cobain and River Phoenix to Amelia Earhart and Judy Garland. There’s a bunch more too — actors, poets, singers. The letter writer is Laurel, high school freshman, who is starting at a new high school to avoid having to deal with being the dead girl’s sister. May’s been dead six months when the book opens on the first day of school, where Laurel’s English teacher gives them an assignment to write a letter to someone who is dead.

Laurel writes first to Kurt Cobain, because he was May’s favorite. In fact for a teen in twenty-teens(ish) May is awfully obsessed with the 90s- the music, the actors, hell, even the perfume (Sunflowers, of course). Whenever I read stuff like this it reeks of an author putting their own influences in the heads and hearts of their fictional teens of now. Plus, it feels like this is supposed to be a shortcut to character development. May’s a girl who loves Nirvana and that means she’s X kind of girl. Or Y kind of girl. The only problem is that the teens of today who worship Nirvana are nothing at all like the teens of 1992 who did. They wouldn’t even be friends.

And that just one indicator of why these teens don’t feel believable as actual teens who would walk around on planet Earth. One of Laurel’s merry band of new friends is the musician kid, his three favorites of all time: Guns N’ Roses, The Ramones, and The Killers. When I told my friend Steve this, he nearly spit out his beer with laughter. He agreed that those three bands would never collide in a teenager. Ever.

There were so many problems with this book that I’m not even sure where to begin. Should it be with the coy narrator? The teens that aren’t like any actual humans walking the face of the Earth? Should it be with the cliche emotional climax that might have even happened on a rainy night on the anniversary of the sister’s death? Maybe the overload of “issues” — death, abuse, divorce, closeted homosexuals? Or how about the tied in a bow, everything is resolved ending?

This one is so much bleh. The letters are beside the point, and seem to try to act as a short cut to actual character development. And because the author chose pop culture figures outside a young adult’s age range Laurel spends a lot of time telling these people about their own lives. The letters to River Phoenix were cringe-inducing, and as a reader who recently read a biography of the actor, boring as hell. And the people she writes to seem arbitrary at best. It might start out Dear Judy Garland, but what follows is just a teen girl diary entry about whatever she did at school, at that party, what her friends said, and has nothing really to do with Judy.