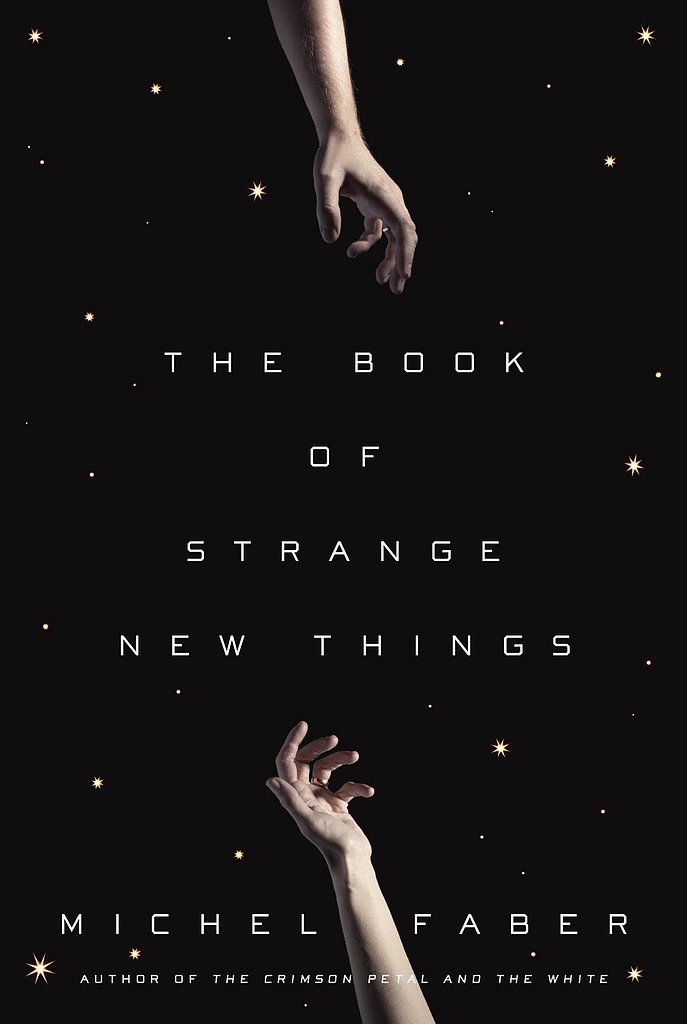 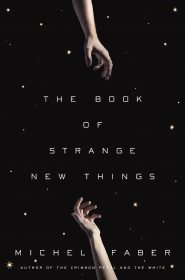 The Book of Strange New Things is about Peter, a minister who leaves his wife Bea on Earth as he goes on a mission to a new planet, Oasis, to preach the word of god to the native beings. Oasis isn’t filled with many Earthlings, just the ones USIC, a multinational corporation, has sent, and their mission is far from religious, though Peter isn’t quite sure what USIC is doing on the planet. Peter’s focus is religion, so he blindly ignores everything he sees USIC employees doing to read to the Oasans from the Bible, or The Book of Strange New Things, as they call it.

Peter and the Oasans are the biggest problems I have with this book. They’re so incredibly boring.

Peter has a past, he used to be an alcoholic, but Bea and religion saved him, and now he’s all religion all the time. God is good, god sees everything, god is everywhere, bla, bla, bla. There are opportunities to see more with him, particularly through the messages he and his wife send each other when he’s on Oasis. They use a system similar to email, but only text-based, to write messages back and forth. Through the messages we learn about their marriage, but we also learn about what’s happening on Earth in his absence, and it’s not good. Horrible storms kill millions, crops are damaged, civilizations start falling, and more. What Bea is dealing with is way more exciting than Peter, so I longed for messages from Bea to fill the void.

The Oasans take up much of Peter’s time, and they are also like Peter – all god all the time. The have already been introduced to the Bible by a previous missionary, who went missing, and they’re sold. Sold so much so that the English names they adopt are Jesus Lover One, Jesus Lover Two, Jesus Lover Three, etc. All they want Peter to do is read to them from The Book of Strange New Things. They have no sinister plots. No ill will towards Earthlings. No arguments. No problems. They are portrayed as the ultimate Utopia where they watch out for each other and then read about Jesus.

Give me something with the Oasans. They aren’t the least bit concerned that Earthlings are moving in? The Oasans who don’t come to hear Peter aren’t rebelling against a new religion causing such devotion amongst their friends and family? They’re little more than robots.

I’m confused as to why people are liking this book. There really isn’t much that happens. Peter does discover what USIC is doing on the planet, though it’s so painfully obvious you already know. Seriously. With the brief description I have given you, I know you already know, because it’s the same thing I thought at the very beginning of the book, and, sadly, it’s true and it’s not revealed in a shocking or exciting way.

The most interesting thing about the book is Bea, and we only hear from her in letters. I would’ve much rather read this from her perspective on Earth because what happens on Earth was fascinating, though we only got short retellings from an overly emotional woman. I wish her story was the one that was told and not Peter’s, because with Peter I got a lot of nothing.