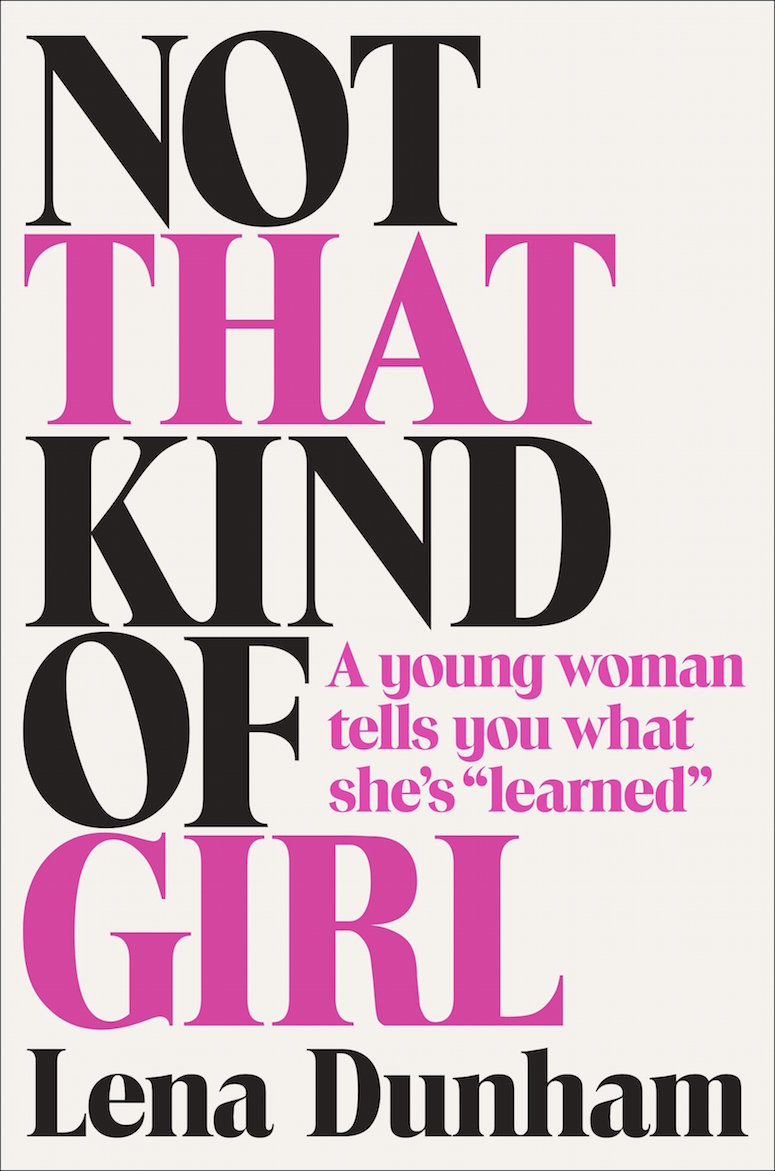 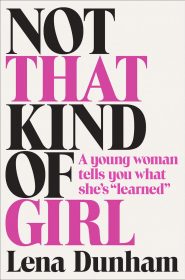 A friend of mine recently reviewed the new U2 album, the one that magically appeared on our iThings. While he mentioned the mass hysteria and just how pissed certain people can get over receiving an album from one of the biggest bands in the world for free, he quickly moved on to the crux of the review — of any review, actually:

But is it any good? (His response: Not really).

This was funny. Maybe other writers took a similar approach, I didn’t read a ton of critical reviews of the U2 album, just the the oft-reported parts. The way it stole in during the night, absorbed itself into our devices and ultimately became a PR nightmare in the face of people who demanded a How-To so they could delete the nonsense and, seemingly, keep Shuffle pure.

The release of Lena Dunham’s memoir Not That Kind of Girl has had that same kind of off-topic coverage. There has been much regurgitation of the autobiographical details. The on-screen nudity, the white child of privilege, the internal gaze, the seven-figure advance. There have been think-y pieces about who she is and what this all means against the backdrop of right now and right now and right now. There is very little middle ground. People love her! People loathe her!

Q: But is her book any good? Chirp. A: It’s better than just okay.

Dunham is a good writer with an eye for the hilarious details and when it comes time to “write what you know” she does it very well. But a lot of the stories are topics she’s already mined for her HBO series “Girls.” And the stuff that wasn’t is similar in structure and tone. So this feels dashed off — the sort of thing a good writer can push out quickly, relying on natural talent to distract readers from the gaps, keep them from asking questions like “Hey. Where did this food journal come from?” She’s also got a handful of lists included — why she loves NY is one — that feel like filler.

There is one exception — an excerpt that ran in The New Yorker. Dunham writes about her history of therapy and the especially close relationship she developed with one in particular. The woman shares details from her own life. They sit on the floor together during sessions. This gets an extra dose of claustrophobia when Lena meets the doctor’s daughter and the two forge a friendship. Not to mention what happens when they end up at the same college. This single story is well-paced and funny and awkward and genuinely unique in a way that hook-up tales simply are not. (Although, Lena does have a way with hookup tales).

Celebrity memoirs rarely feel like much more than the glorified Wikipedia entry written by a super fan with their inane details and name-drops. Everything is always filtered through the burden of nostalgia and it all comes out looking a little pantsuit-y and false. The drunks are too drunk; The scene with Frank Sinatra too earnest; Rock bottom is damn-near religious. Dunham’s book is refreshing in comparison. She doesn’t self-edit, even knowing now that in the future this could be shame inducing. She doesn’t adopt an accent to drop humble brags. She is who she is who she is. She’s a kid whose vegan dinner party was covered in The New York Times when she was, like, 16. She’s a woman who graduated from college and then returned home to live in her parents closet. She’s not 100 percent sure if the word “rape” refers to what happened to her with the campus Republican; She made an embarrassing little web series that captured the attention of the New York art scene. Her life situation might be equally far from the Great American Childhood and the Deprived American Childhood, but at the core are some universals: Did you know that Lena Dunham is sometimes so uncomfortable that she has to overcompensate? Did you know that Lena Dunham has gone through periods of hating to sleep alone? Did you know that Lena Dunham has sometimes dated awful people?

All of this is just to say that critical me thinks maybe Lena Dunham wrote an easy book or easily wrote a book. Fan me was pretty oozy goozy.