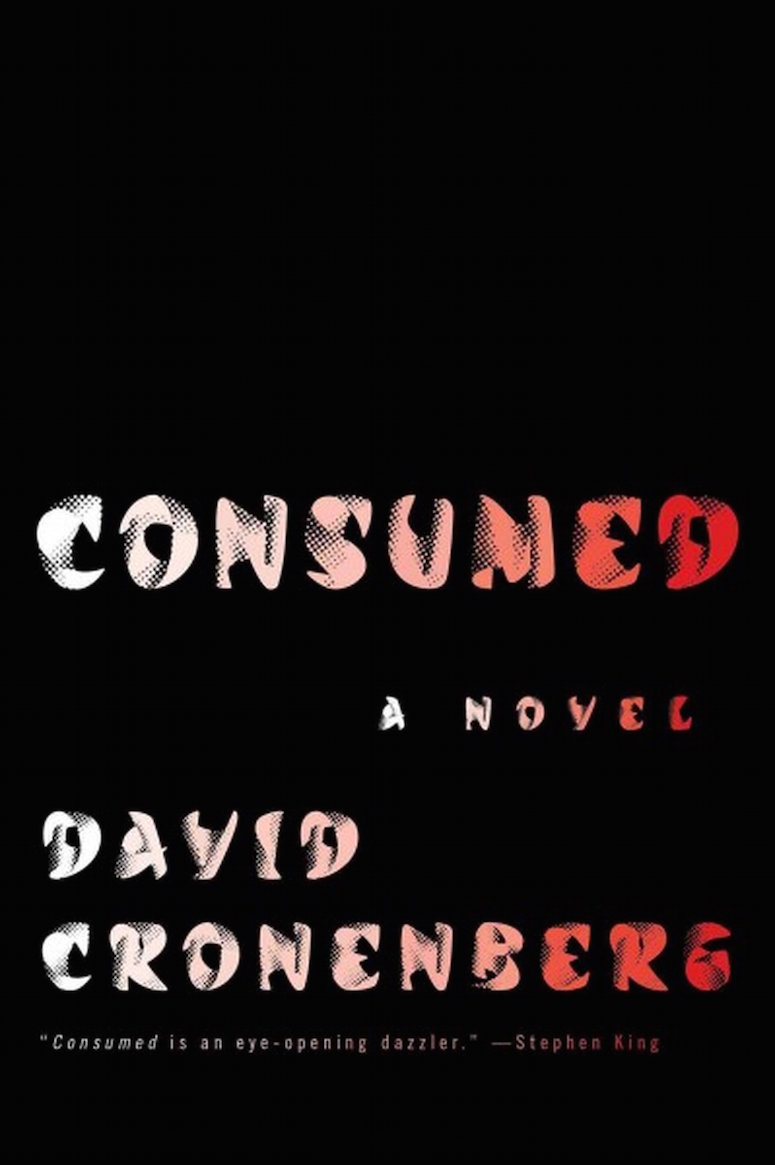 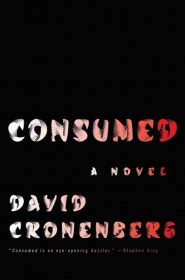 In one corner, we have a tech obsessed, globetrotting freelance reporter who likes the big splashy headline stories like the one she’s currently chasing about a high-falooting couple, French fetish-wrecked philosophers at the center of a gruesome crime: Did Aristide Arosteguy kill and then eat his wife Celestine?

In the other corner is Naomi’s mostly long distance boyfriend Nathan, equally tech obsessed — though not so snobby when it comes to the iPhone — and globetrotting. He’s also a freelance reporter, but his goal is to land in The New Yorker’s Annals of Medicine. This starts with him chasing a story about a doc who performs controversial surgeries, including the removal of a pesky body part or two. While on assignment, Nathan gets a little too close to the subject and leaves the scene dripping with a very specific STD.

World of literature, meet the most effed up director of the most effed up movies of all time, first time novelist David Cronenberg. David Cronenberg, here is a new audience to make squirm with your descriptions of sexual proclivities, technology and motive-curious characters. If you like Cronenberg’s movies, you’ll love his book Consumed. If you love the gist of Cronenberg’s movies, but sometimes hide behind two hands, a blanket, and a barf bucket you’ll be interested in the gist of this book (but might find yourself skimming much of the latter half as you race to escape this dreary world filled with bad decisions, long-winded descriptions of camera gear and wretched smells).

Nathan’s oozing organ gives him an idea for another shot at the Annals of Medicine. He hunts down the doctor his new disease is named for, moves into the guest room, and comes to meet the doctor’s daughter, a sleepwalker who doesn’t exactly raid the kitchen cupboards to satisfy her mid-night munchies. (Also: Nathan passes on the Roiphe’s Disease to Naomi — and eventually tells her he has done so. Her response is fiery, but this infraction (the word mayonnaise is mentioned) doesn’t seem to be a deal breaker. Besides, she’s got her own shit going on. She’s traveled to Tokyo to catch up with the MIA Aristide Arosteguy. And, oddly enough, she’s just a little bit attracted to this maybe-cannibal.

It’s a trip, that’s for sure. And not unlike watching a Cronenberg flick like “The Fly” or “Videodrome” or “Crash.” It’s cheesy, it’s funny, it’s gross and … just a little Zzzz.