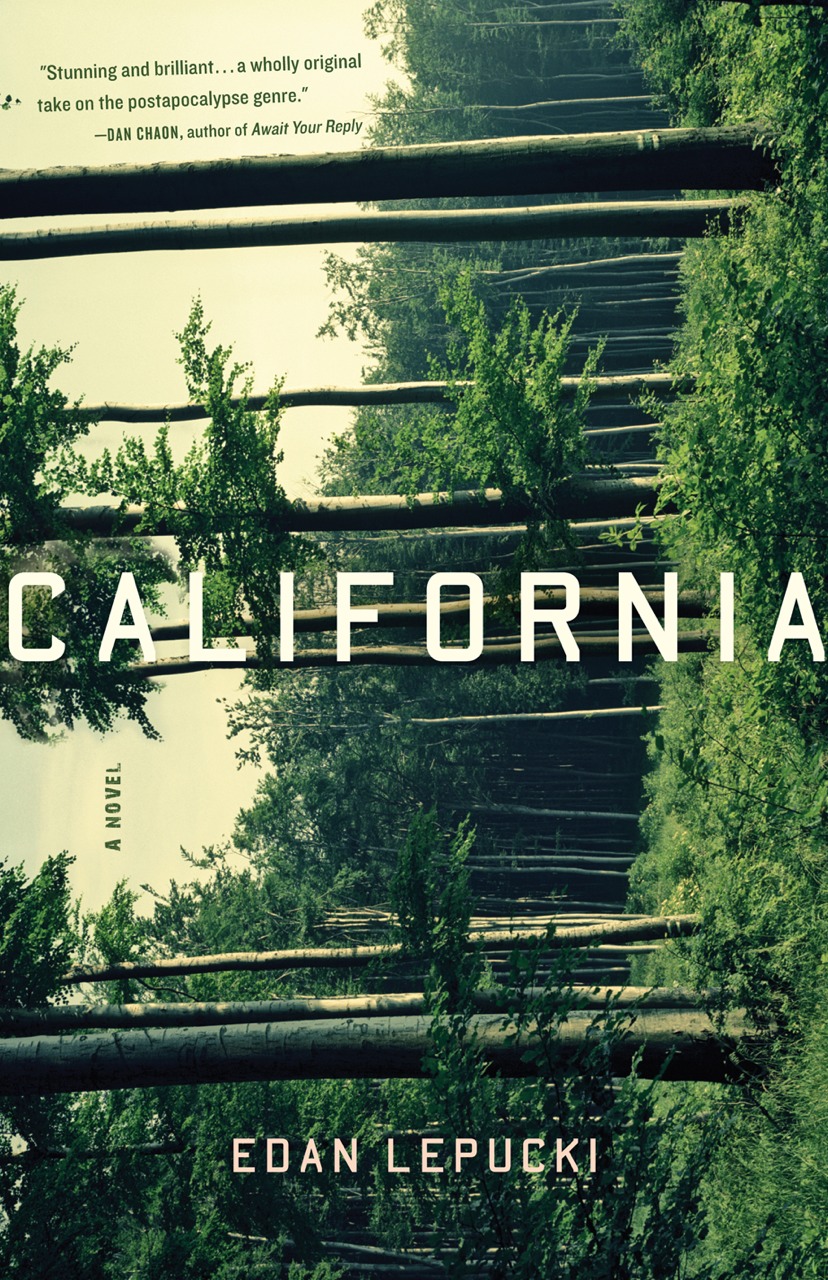 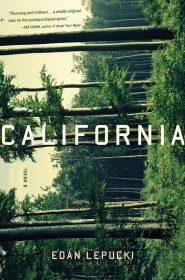 I typically don’t like my literary fiction to mix with my post-apocalyptic fiction because the action becomes secondary. For instance, in Colson Whitehead’s Zone One, when a zombie attacks the main character, the zombie reminds him of a teacher he had when he was young and he starts reminiscing for multiple pages. But a zombie is attacking you! I couldn’t get through Zone One. I was worried it would be the same with Edan Lepucki’s California, but I’m happy to say I was wrong.

California is definitely a literary take on the post-apocalyptic tale, but for me there was the right mix of character analysis, relationship drama, survival tactics, twisted leaders, and a little bit of action.

At the point we enter the novel, Cal and Frida have left L.A. and are surviving in the forests of northern California by themselves. There aren’t a lot of details on the events that led to Earth’s demise, but as they think of the past we find out that there were world-changing storms followed by an energy crisis and a drastic separation of the rich and poor. Those with money were able to afford living in Communities, walled, self-contained cities. Cal and Frida were far from rich, and with the crime and hunger that came with living outside of the Communities, they bailed.

It wasn’t easy being alone in the forest, but Cal and Friday are passionate and happy, even though they frequently think about what and who they have lost. But when Frida thinks she’s pregnant, she starts questioning their isolation, and after much conversation, she convinces Cal that they need to seek others. They find a group of outsiders surviving in a rundown, abandoned small town and the surprises and twists that happen to them with this group was where the story really picked up.

I won’t go into much more detail because I’ll ruin some of the surprises and twists, but I will say that I really liked learning about Cal and Frida’s past when they were by themselves, but what was the most interesting to me was what happened to their relationship when they were around a large group of people after having been alone for years. Sounds are surprising, gossip is challenging, and they now have to deal with their different roles in the group. It doesn’t take long for them to start hiding things from each other beyond the thoughts in their heads. We first learn about their relationship from their interactions in the forest and from the things that happened to them in the past, and then we see how they quickly change when other people are introduced. Watching their relationship change was great, especially with the surprising place their relationship is at the end of the novel.

But it was more than their relationship for me. I am a huge fan of post-apocalyptic fiction, so I loved when Cal and Frida moved in with the group so we could see the group’s strict rules, their not-so-perfect leader, and all the secrets and lies. A large chunk of the secrets and lies are revealed in conversations between characters, and sometimes that drives me crazy, but here I thought it worked. Frida and Cal befriend different people in the group and the differences in the stories they are told showed a tension in the group and ultimately led to action that finally takes place by the end.