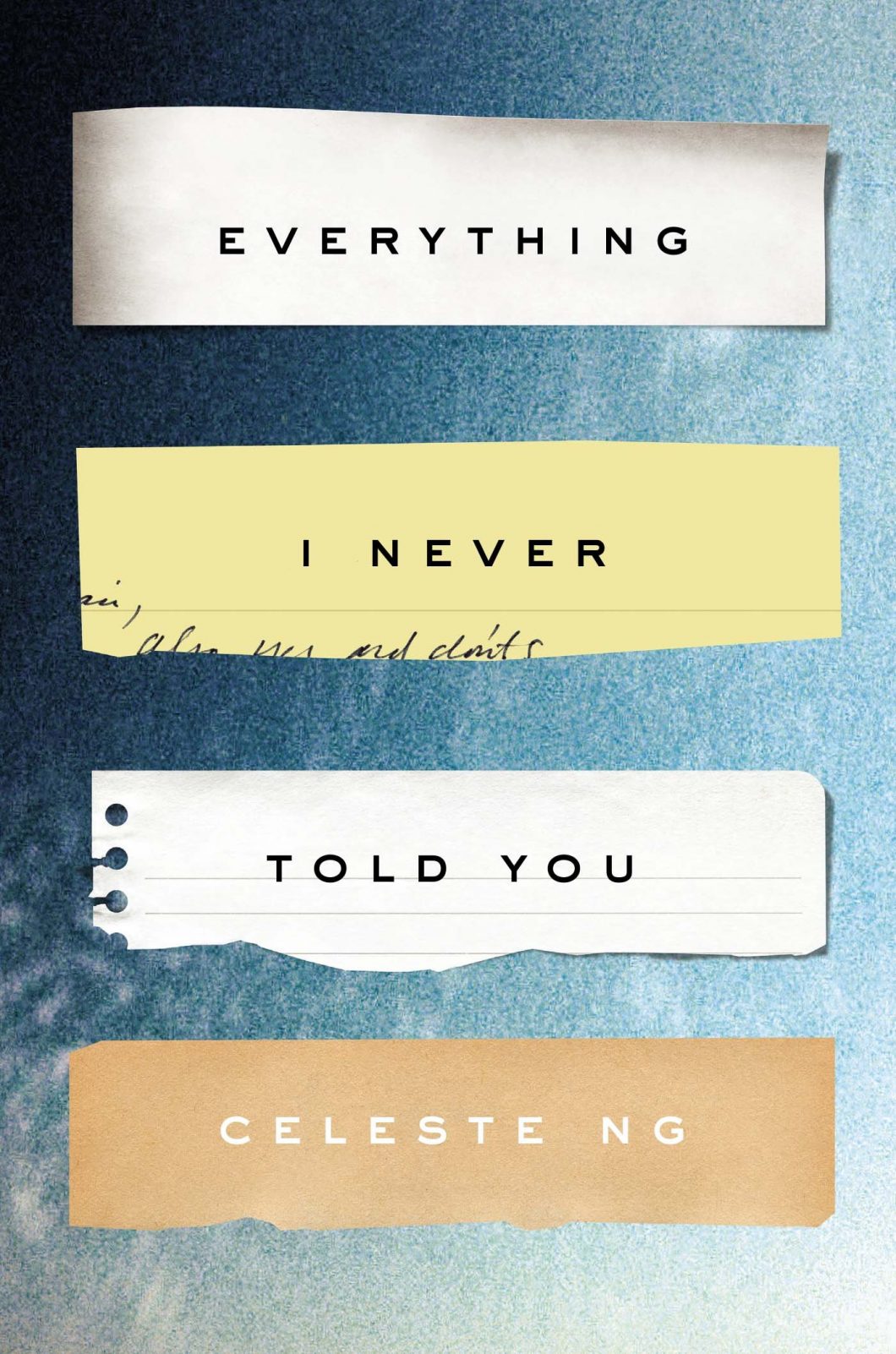 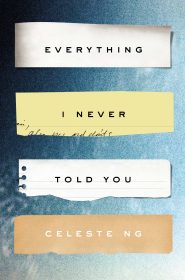 Celeste Ng’s debut novel Everything I Never Told You has garnered rave reviews all over the place. I know this because I have read all these reviews hoping to discern the magic so many readers found in the book that I missed.

Lydia Lee is the blue-eyed daughter of James Lee, an american-born Chinese man and his blonde-haired blue-eyed wife. She’s the middle, most beloved of the Lee children. Nath is the space-obsessed eldest and Hannah is the oft-forgotten youngest. These roles don’t change much when Lydia is discovered missing one sunny morning and soon found dead. This isn’t a spoiler. The first sentence of the book announces Lydia’s death.

As the Lees sort out this tragedy in a small Ohio college town in the mid-70s we learn the myriad ways they are unhappy. James struggles with the racism he’s faced his entire life leaving him lonely and virtually friendless. His marriage to Marilyn only exacerbates this and he becomes determined to make Lydia a popular, well-liked girl. Marilyn has also poured her thwarted dreams into Lydia, pushing her to become the doctor Marilyn didn’t become because she dropped out of Harvard after getting pregnant. Nath and Hannah mostly skulk around the house not being Lydia.

Through flashbacks we get to see Lydia, who chafes against her parents expectations and has some guilt regarding her favored-child status.

Even though this book is well-written and some of the tiny details of the family life are truly wonderful and at times heartbreaking, I could not connect emotionally. I felt nothing for any of the characters, none of whom seemed like actual people living in a real world but rather issues walking around on a set.

My biggest problem is that none of them — not one of the five members of the family — has a friend. At all. Nobody. Which is probably why they have so many problem, they just stuff all the dysfunction of the world they live in and their family down inside of themselves. It feels as though the whole book could have been avoided if one of them had a fucking friend they could have talked to.

This isolation seems over the top. I get that the small Ohio college town they live in is horribly racist but to be shunned to that degree? It was unrealistic. There was not one, single liberal-minded person in the entire college town? Not one? You’d think one of them could manage to make a friend. And I’m not entirely sure what that sort of isolation was supposed to mean. As a reader it made the family feel claustrophobic and like maybe something else was going on that we didn’t know. Also, it gives the book a sense of repetition. We are continuously battered with that fact that Marilyn and James have many unrealistic hopes for Lydia and that she resents them for this. It got kind of boring. Like I just wanted something else to happen.

AND here comes a little bitty spoiler, we’re supposed to believe that this town is super racist, and yet when a very subtle thing occurs ten-year-old Hannah instantly discerns the sexuality of one of the characters. So in such a conservative area in the mid-70s how did this little girl get so savvy about homosexuality? It doesn’t add up, and when you’re already on the fence about a book it’s this kind of details that kind of pushes you over to the not-so-good side.

This is one of those book that I trod through to find that magic so many raved about and had I got to it before the buzz got to me, I’d probably have quit it.